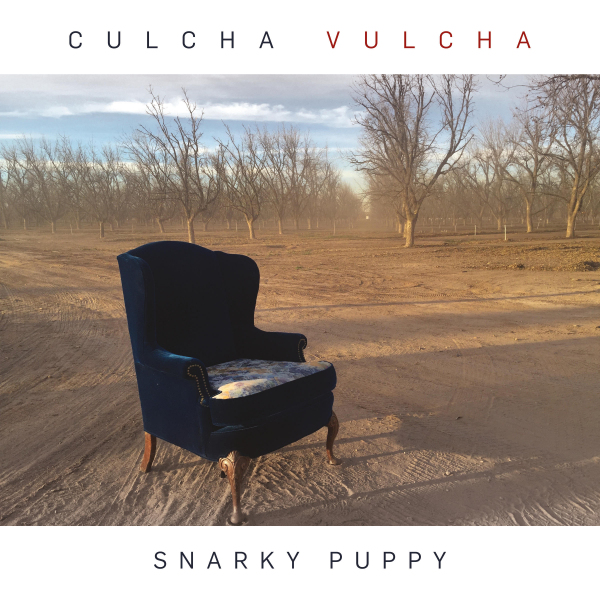 Okay, they do tend to cross over into straight funk and jam-band territory. Nevertheless, Snarky Puppy is tremendously responsible for the revival of jazz fusion, for better and for worse. The very big band—frankly, attempting to count members is useless—will play any kind of groove, with as many layers and shifts in directions as it takes to get you moving. “Semente” manages to incorporate Balkan rhythms, classical voicings, and bebop soloing; Snarky Puppy then turns completely around and piles up electronic textures on “Beep Box” and straight ’70s fusion throwback on “Big Ugly.” The mix of horns, reeds, keyboards acoustic and electric, umpteen kinds of guitar and percussion, and even violin can indeed get exhausting … but it’s a blissful, butt-shaking kind of exhaustion.

Camille Thurman blowing tenor with the Jazz at Lincoln Center big band behind her. Fronting the quartet co-led by drummer Darrell Green. Switching from saxophone … END_OF_DOCUMENT_TOKEN_TO_BE_REPLACED

As anyone who has spent even an afternoon in New Orleans knows, that city’s traditional jazz has never gone away. But those of us who … END_OF_DOCUMENT_TOKEN_TO_BE_REPLACED

When I think of Impulse! Records, I first think of the Coltrane legacy and that classic orange, black, and white branding on the labels. Then … END_OF_DOCUMENT_TOKEN_TO_BE_REPLACED

After a year of lockdown, it’s getting hard to tell if someone is naturally gregarious, or if the need for conversation and interaction is driving … END_OF_DOCUMENT_TOKEN_TO_BE_REPLACED