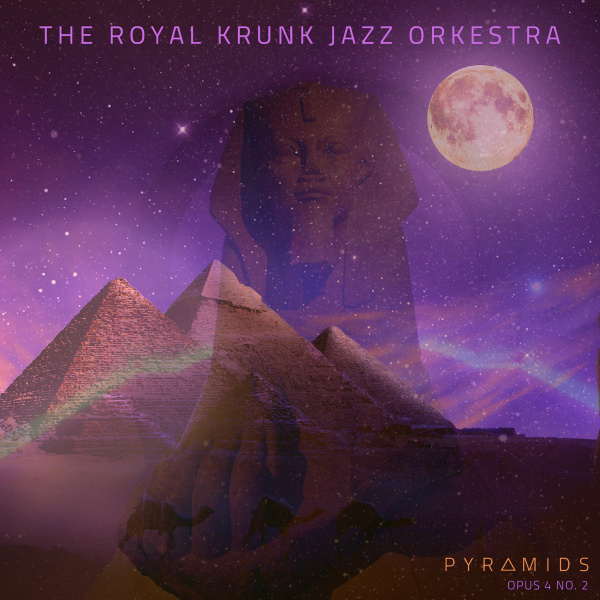 Trumpeter Russell Gunn was far ahead of the curve. He wasn’t the first to attempt that once-elusive hybrid of jazz and hip-hop, but he was among the first to sound unforced and non-synthetic. His 19-piece big band has the same kind of organic feel, as though soul, pop, funk, hip-hop, and jazz were not only insoluble, but had never been otherwise. On Pyramids, the Royal Krunk Jazz Orkestra’s second album, he even manages to sneak in some free blowing, with tenor saxophonists Fareed Mahluli and Mike Walton breaking out of the hip-hop groove to duel mightily on “Kabla Khufu.” Elsewhere, Gunn shows his command of grandeur, drama (how better to describe the call-and-response fanfares of “Olmec (Xi)”?), black and pan-African consciousness, and an enormous sonic range to create an astonishing and powerful musical world.

For our 2020 Year in Review section, we calculated the top 40 new releases and top 10 historical/reissue recordings of 2020 based on year-end lists … END_OF_DOCUMENT_TOKEN_TO_BE_REPLACED

For our 2020 Year in Review section, we calculated the top 40 new jazz releases and top 10 historical/reissue recordings of 2020 based on year-end … END_OF_DOCUMENT_TOKEN_TO_BE_REPLACED

For our 2020 Year in Review section, we calculated the top 40 new jazz releases and top 10 historical/reissue recordings of 2020 based on year-end … END_OF_DOCUMENT_TOKEN_TO_BE_REPLACED

For our 2020 Year in Review section, we calculated the top 40 new jazz releases and top 10 historical/reissue recordings of 2020 based on year-end … END_OF_DOCUMENT_TOKEN_TO_BE_REPLACED