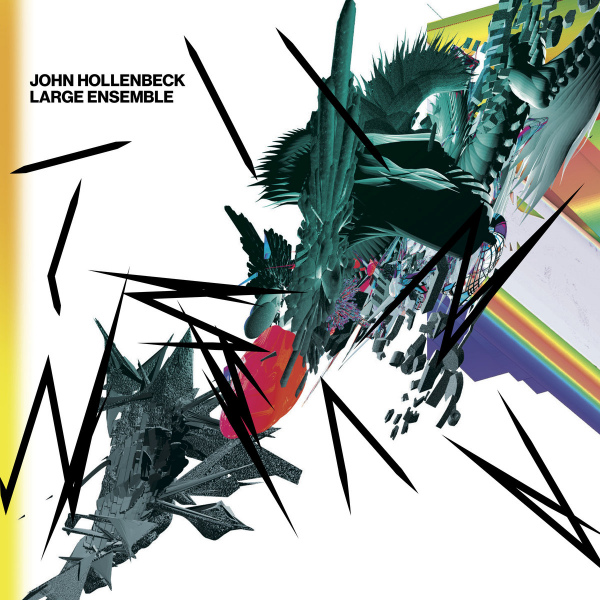 As with any project of drummer/composer John Hollenbeck, his Large Ensemble gives one pause before trying to attach even the vaguest descriptor. Is it big-band jazz? Contemporary classical? Avant-garde? Perhaps even … progressive rock? Whatever it is, it’s utterly its own, beautiful and a little strange. Hollenbeck’s reimagining of “Isfahan” (under Billy Strayhorn’s original title, “Elf”) features soprano saxophonist Tony Malaby in snake-charmer mode over brass ensemble parts, tumbling dissonant piano, and God knows how many percussion instruments. That last element is a common one in Hollenbeck’s music; often his drums alone sound like a God-knows-how-many. (Witness his playing on the head-scratcher “from trees.”) Still, oddities like his self-consciously bloated take on Kraftwerk’s “The Model” give way to genuinely affecting music, never more so than on the poignant “All Can Work,” with the haunting voice of singer Theo Bleckmann becoming a seamless part of the ensemble.

For our 2020 Year in Review section, we calculated the top 40 new releases and top 10 historical/reissue recordings of 2020 based on year-end lists … END_OF_DOCUMENT_TOKEN_TO_BE_REPLACED

For our 2020 Year in Review section, we calculated the top 40 new jazz releases and top 10 historical/reissue recordings of 2020 based on year-end … END_OF_DOCUMENT_TOKEN_TO_BE_REPLACED

For our 2020 Year in Review section, we calculated the top 40 new jazz releases and top 10 historical/reissue recordings of 2020 based on year-end … END_OF_DOCUMENT_TOKEN_TO_BE_REPLACED

For our 2020 Year in Review section, we calculated the top 40 new jazz releases and top 10 historical/reissue recordings of 2020 based on year-end … END_OF_DOCUMENT_TOKEN_TO_BE_REPLACED