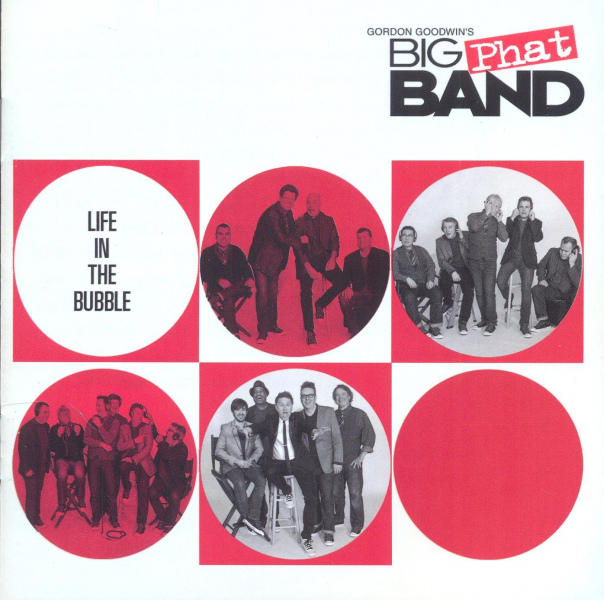 Pianist/saxophonist Gordon Goodwin takes a lot of flak from traditionalists in the 2010s in the same way that Miles Davis took it in the 1980s. For a lot of the same reasons too: His compositions and arrangements are funky and electric; he’s not terribly beholden to swing; he’s unashamed about appealing to pop sensibilities (the guy scores Disney movies! How trustworthy can he be?); and worst of all, he’s a millionaire. However, he’s also enormously popular with high-school and college student musicians and their teachers for all those reasons. Oh, and one other: Because he’s a helluva lot of fun. As it happens, the Life in the Bubble album swings as hard as any band on this list (if not more so in many instances). Based on the West Coast, the Big Phat Band includes unimpeachable jazz players like trumpeter Wayne Bergeron, trombonist Andy Martin, and saxophonist Eric Marienthal—but also blues guitarist Andrew Synowiec, who has a flashy feature on “Synolicks.” Enjoyable as Goodwin’s original compositions are, his best stuff is often in his arrangements, like the fusion take on the theme from Get Smart. Hard as purists may scoff, Goodwin’s work is incredibly enjoyable.

For our 2020 Year in Review section, we calculated the top 40 new releases and top 10 historical/reissue recordings of 2020 based on year-end lists … END_OF_DOCUMENT_TOKEN_TO_BE_REPLACED

For our 2020 Year in Review section, we calculated the top 40 new jazz releases and top 10 historical/reissue recordings of 2020 based on year-end … END_OF_DOCUMENT_TOKEN_TO_BE_REPLACED

For our 2020 Year in Review section, we calculated the top 40 new jazz releases and top 10 historical/reissue recordings of 2020 based on year-end … END_OF_DOCUMENT_TOKEN_TO_BE_REPLACED

For our 2020 Year in Review section, we calculated the top 40 new jazz releases and top 10 historical/reissue recordings of 2020 based on year-end … END_OF_DOCUMENT_TOKEN_TO_BE_REPLACED