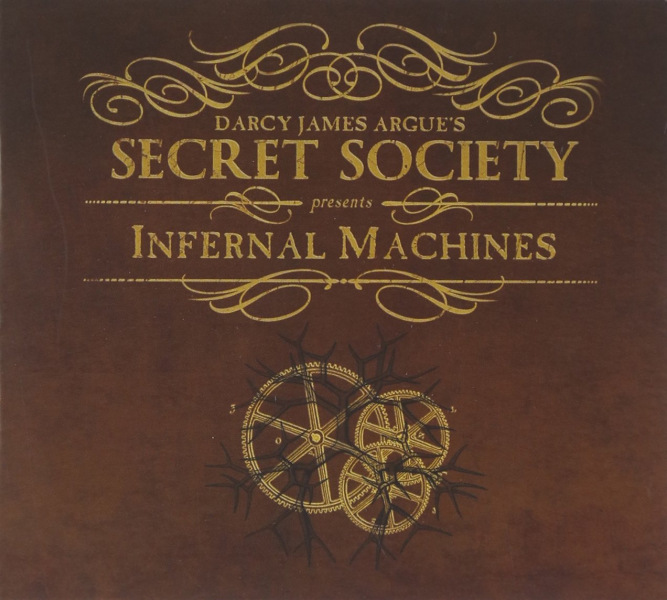 Infernal Machines is hardly representative of Argue’s compositional approach, which in the decade since this debut has turned sharply toward conceptual epics (and multimedia presentations). But the composer/conductor is so fruitful with ideas that no one work could represent him, and Infernal Machines may best capture the sheer diversity of his writing. It also retains the freshness that was so stunning on its release. It’s beset with energy, hipness, and even textures that suggest the indie-rock world (like the snarling “Phobos”) and contemporary classical music, yet it’s also filled with new twists on the jazz language (as on the sublime “Redeye”). Of course it’s not just the composer who vivifies Infernal Machines; musicians including saxophonist Sam Sadigursky, trumpeters Ingrid Jensen and Nadje Noordhuis, guitarist Sebastian Noelle, and drummer/percussionist Jon Wikan help take the music to another level.

Ever since I was in the 7th grade, I have had a passion for jazz. I have always listened to and enjoyed a wide variety … END_OF_DOCUMENT_TOKEN_TO_BE_REPLACED

“My overall goal is trying to figure out how to connect the languages of jazz and classical to make an interesting and engaging performance, and … END_OF_DOCUMENT_TOKEN_TO_BE_REPLACED

We calculated our top 40 new releases of 2022 based on year-end lists by our writers. They were asked to choose the 10 best new … END_OF_DOCUMENT_TOKEN_TO_BE_REPLACED

We calculated our top 10 historical/reissue recordings of 2022 based on year-end lists by our writers. They were asked to choose the five best historical … END_OF_DOCUMENT_TOKEN_TO_BE_REPLACED