The genre of memoirs by jazz musicians is a rich one, filled with tales of trials and tribulations as well as success stories. To make a memoir work, the author has to not only recall events and feelings from the past correctly, but also manage to project the right tone and voice, with genuine rather than false humility. On top of that, we readers would like to learn something about the author that we didn’t know before, which presents another challenge. Every memoir here except (spoiler alert!) Charles Mingus’ required an assist from a writer or editor, who deserves credit for helping to bring the project home. 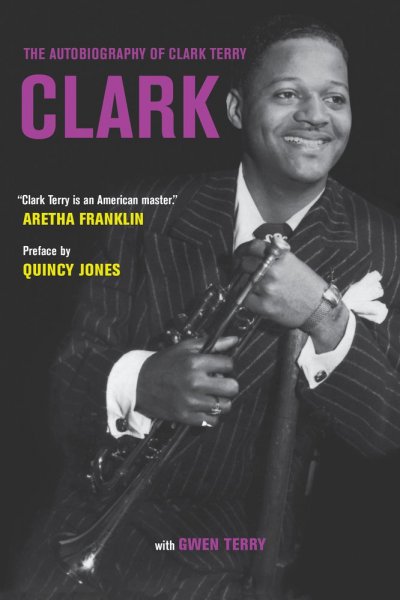 Few jazz musicians were more beloved personally and professionally than Terry, who had a long career as a sideman with Duke Ellington, leader of his own groups, member of the Tonight Show band, educator and mentor to generations of young musicians, and an ambassador for the music. Terry does his best to put his long career in context and perspective in this book, which bristles with his trademark warmth, wit, and intelligence.

Other memoirs of note:

There are also many excellent compilations of writing by jazz musicians, including Louis Armstrong: In His Own Write, Art Taylor’s Notes and Tones, Bill Crow’s Jazz Anecdotes, and Marian McPartland’s Jazz World: All in Good Time. Although these collections aren’t memoirs, they do offer readers the opportunity to learn about the music from the perspective, and through the voices, of accomplished artists.

In an interview with Wayne Enstice and Janis Stockhouse in Jazzwomen: Conversations with Twenty-One Musicians more than 20 years ago, pianist/composer Joanne Brackeen described herself … END_OF_DOCUMENT_TOKEN_TO_BE_REPLACED

In 2020, to celebrate JazzTimes’ 50th anniversary, we made a bold (some would say foolhardy) call: the top 50 jazz albums of the past 50 … END_OF_DOCUMENT_TOKEN_TO_BE_REPLACED

In 2020, to celebrate JazzTimes’ 50th anniversary, we made a bold (some would say foolhardy) call: the top 50 jazz albums of the past 50 … END_OF_DOCUMENT_TOKEN_TO_BE_REPLACED

In 2020, to celebrate JazzTimes’ 50th anniversary, we made a bold (some would say foolhardy) call: the top 50 jazz albums of the past 50 … END_OF_DOCUMENT_TOKEN_TO_BE_REPLACED