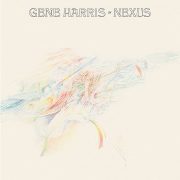 9. Gene Harris: “Koko and Lee Roe” (from Nexus, 1975)
Throughout much of his career, pianist Gene Harris resolutely kept his fingers on pop music’s pulse. After his group the Three Sounds disbanded in 1973, Harris experimented more with electric keyboards and funk rhythms. This Jerry Peters-penned jam is one of his best efforts during this period. It features him teasing out squealing melodic lines that would make Bernie Worrell green with envy amid rugged layers of keyboards, churning percussion, and enthusiastic vocals.

Check the price of Nexus on Amazon!

When I started listening to jazz, as a kid growing up in rural Ohio, I got pretty lucky choosing my first few records. A Dizzy … END_OF_DOCUMENT_TOKEN_TO_BE_REPLACED

You are reading the words of an Andrew Hill fanatic. The kind who has spent years poring over his music, track by track. And why … END_OF_DOCUMENT_TOKEN_TO_BE_REPLACED