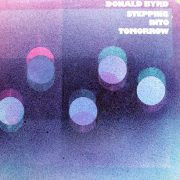 6. Donald Byrd: “Think Twice” (from Stepping into Tomorrow, 1975)
When trumpeter Donald Byrd joined forces with brother producers Larry and Alphonso Mizell, it catapulted him to a stardom that infuriated many jazz purists. Some argued that his exemplary playing took a back seat to funky backbeats, R&B-leaning grooves, busy studio production, and husky singing. Make no mistake, though: If you drop this stepper’s groove joint in any soul and hip-hop set, all you’ve gotta do is watch folks get down. The popping percussion, sexy vocals, and haunting ARP strings mixed in with Byrd’s stabbing trumpet riffs and Gary Bartz’s piping hot alto saxophone solo all seemed designed for one purpose: to become a mainstay at black American cookouts nationwide. It’s no surprise that tons of hip-hop and soul icons—including A Tribe Called Quest, the Pharcyde, J Dilla, Large Professor, Peanut Butter Wolf, Pete Rock, and Erykah Badu—have bit off at least a piece of this seminal jazz-funk song.

Check the price of Stepping into Tomorrow on Amazon!

When I started listening to jazz, as a kid growing up in rural Ohio, I got pretty lucky choosing my first few records. A Dizzy … END_OF_DOCUMENT_TOKEN_TO_BE_REPLACED

You are reading the words of an Andrew Hill fanatic. The kind who has spent years poring over his music, track by track. And why … END_OF_DOCUMENT_TOKEN_TO_BE_REPLACED