Skip to content
Become a member and get exclusive access to articles, live sessions and more!
Start Your Free Trial
Home > Features > JazzTimes 10: Great Blue Note Tracks from the 1970s

Jazz historians routinely throw Blue Note Records’ 1970s output under the bus. Either they discuss it with tremendous disdain and rote arguments about how the label traded its artistic soul for ill-fated commercial pandering under the direction of Dr. George Butler, or they avoid talking about it altogether.

Even Sophie Huber’s commendable documentary, Blue Note Records: Beyond the Notes, tiptoes over the label’s ’70s catalog while exploring the connections between jazz and hip-hop. Sure, there are some quick visual flashes of a few Blue Note LPs from the ’70s, but there’s no real deep dive into any of them. Then there’s the peculiar moment when saxophonist and producer Terrace Martin comments about the label’s contribution to the soundtrack of the 1960s civil rights movement, followed by an immediate leap into examining how hip-hop addressed similar sociopolitical issues. It’s as if 1970s soul and funk didn’t happen, didn’t have an important role in the formation of hip-hop, and didn’t have any lasting cultural impact. (Let’s not forget hip-hop emerged in the ’70s too.)

Huber’s film then launches into a segment about the British acid-jazz group Us3 raiding Blue Note’s catalog for its landmark 1993 LP Hand on the Torch. There’s special attention to the funky Idris Muhammad drum break that kicks off Lou Donaldson’s 1967 “Ode to Billie Joe” (from Donaldson’s Mr. Shing-A-Ling) and how it became one of the most popular samples in hip-hop history. Missing, though, were reevaluations of the Mizell Brothers’ work with Bobbi Humphreys and Donald Byrd, which gave Blue Note some of its biggest commercial hits in the ’70s and were equally influential to hip-hop and deep-house producers. Also absent were any mentions of other ’70s music from the Blue Note roster—Horace Silver, Bobby Hutcherson, Marlena Shaw, among others—that provided significant sonic blueprints to DJ culture.

In short, Blue Note Records’ 1970s catalog deserves major reassessment, and the best way to achieve that may come from viewing it through the prisms of hip-hop and deep house. So, in toasting the label’s 80th birthday, let’s celebrate the influence of 10 classic Blue Note songs from the ’70s (listed in order of release date).

Listen to a Spotify playlist of the tracks featured in this JazzTimes 10: 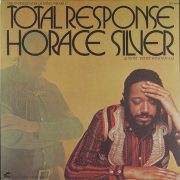 1. Horace Silver: “Won’t You Open Up Your Senses” (from Total Response, 1971)
With any luck, singer Milton Suggs’ recent interpretations of Horace Silver’s early-’70s trilogy United States of Mind will prompt more reevaluations of the pianist and composer’s 1970s songbook. When Silver created the music for the trilogy—That Healin’ Feelin’ (1970), Total Response (1971), and All (1972)—he was delving into multiple Indian philosophies, metaphysics, and yoga. “Won’t You Open Up Your Senses,” featuring Andy Bey on lead vocals, almost sounds like a holdout from the ’60s with its gentle waltz time and Age of Aquarius vibe. Nevertheless, it became both a jazz rallying cry for self-care and one of the trilogy’s most enduring compositions. The British duo 4hero offered a fantastic retooling of it on the 2004 compilation Blue Note Revisited.

Check the price of Total Response on Amazon!

In line with many resourceful jazz practitioners, Gilad Hekselman responded to the enforced isolation of the COVID-19 pandemic with a turning-lemons-to-lemonade attitude that ultimately eventuated … END_OF_DOCUMENT_TOKEN_TO_BE_REPLACED

It was the 1950s. Bebop had established itself as the new paradigm of jazz, but its newest popular variant, “cool jazz” or “West Coast jazz,” … END_OF_DOCUMENT_TOKEN_TO_BE_REPLACED

Session players have always been my thing. Not to take away from the singers or bandleaders or what have you, but I’m more interested in … END_OF_DOCUMENT_TOKEN_TO_BE_REPLACED

Walter Smith III has been burning the candle at both ends. As he connected with JazzTimes via Zoom from a New York City hotel room … END_OF_DOCUMENT_TOKEN_TO_BE_REPLACED