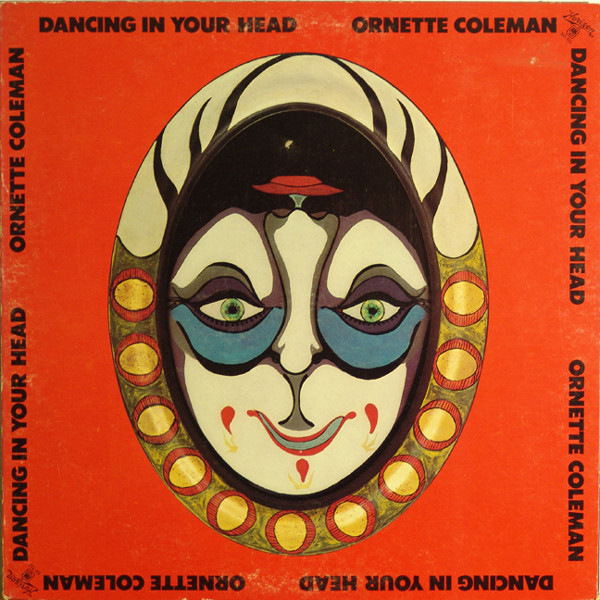 Free-jazz patriarch Ornette Coleman had been one of the early adopters of the loft aesthetic, moving into his space on SoHo’s Prince Street (eventually called Artist House) in 1968. Most often he rehearsed there, but there were also concerts presented on its first floor, letting Coleman engage more fully with the avant-garde jazz musicians congregating in New York. Inspired by that engagement and the new fusion sound that Miles Davis and others had developed, Coleman formulated his new electric Prime Time band in 1975. They premiered that year at the Public Theater, a loft-adjacent venue in the East Village, again giving a charge of publicity and coverage to the scene developing in those environs; Dancing in Your Head is a memento of that important moment. The music is both a louder and wilder (the two are not unrelated) revision of Coleman’s acoustic free jazz, as assertive funk grooves collide with unconventional melodies and frequent departures from any sense of understood time or harmony. (Most of the music, anyway—a small segment of it comes from an unfettered, field-like recording the saxophonist made in 1973 with Morocco’s Master Musicians of Jajouka.) Coleman would work with Prime Time for the rest of his life, a permanent direction that would have been unthinkable without the context of the downtown lofts.

In 2020, to celebrate JazzTimes’ 50th anniversary, we made a bold (some would say foolhardy) call: the top 50 jazz albums of the past 50 … END_OF_DOCUMENT_TOKEN_TO_BE_REPLACED

In 2020, to celebrate JazzTimes’ 50th anniversary, we made a bold (some would say foolhardy) call: the top 50 jazz albums of the past 50 … END_OF_DOCUMENT_TOKEN_TO_BE_REPLACED

In 2020, to celebrate JazzTimes’ 50th anniversary, we made a bold (some would say foolhardy) call: the top 50 jazz albums of the past 50 … END_OF_DOCUMENT_TOKEN_TO_BE_REPLACED

In 2020, to celebrate JazzTimes’ 50th anniversary, we made a bold (some would say foolhardy) call: the top 50 jazz albums of the past 50 … END_OF_DOCUMENT_TOKEN_TO_BE_REPLACED