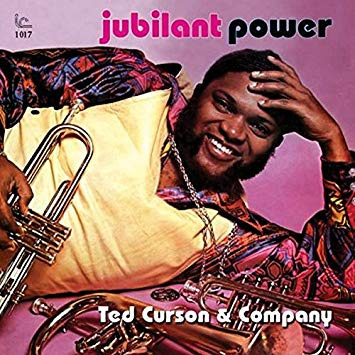 Jubilant Power is so unstintingly straight-ahead—influenced by the modal, pre-A Love Supreme Coltrane and by Mingus, with whom trumpeter Curson worked extensively—that it doesn’t seem to belong on this list at all. However, it bears repeating that even though the loft scene encouraged an experimental aesthetic, it had no set genre or sound. This album also has an historical importance. One of the catalysts for the lofts’ success came when the Tin Palace, a club on the Bowery that was regarded as “a haven for loft musicians,” booked Curson’s septet for an extended run in early 1976, immediately after they were the last act scheduled to play at the fabled Five Spot. Jubilant Power is the only official recording of that septet. If it isn’t a terrifically avant-garde combo, it nonetheless nods toward the outside with some ragged arrangements and loosely structured harmony—especially on “Airi’s Tune,” with percussionist Sam Jacobs belting out Afro-Latin rhythms under supercharged solos by altoist Chris Woods, Curson, baritonist Nick Brignola, and pianist Jim McNeely. (Incidentally, the man then booking the Tin Palace, an outspoken jazz critic and sometime drummer named Stanley Crouch, lived upstairs with his roommate David Murray.)

In 2020, to celebrate JazzTimes’ 50th anniversary, we made a bold (some would say foolhardy) call: the top 50 jazz albums of the past 50 … END_OF_DOCUMENT_TOKEN_TO_BE_REPLACED

In 2020, to celebrate JazzTimes’ 50th anniversary, we made a bold (some would say foolhardy) call: the top 50 jazz albums of the past 50 … END_OF_DOCUMENT_TOKEN_TO_BE_REPLACED

In 2020, to celebrate JazzTimes’ 50th anniversary, we made a bold (some would say foolhardy) call: the top 50 jazz albums of the past 50 … END_OF_DOCUMENT_TOKEN_TO_BE_REPLACED

In 2020, to celebrate JazzTimes’ 50th anniversary, we made a bold (some would say foolhardy) call: the top 50 jazz albums of the past 50 … END_OF_DOCUMENT_TOKEN_TO_BE_REPLACED