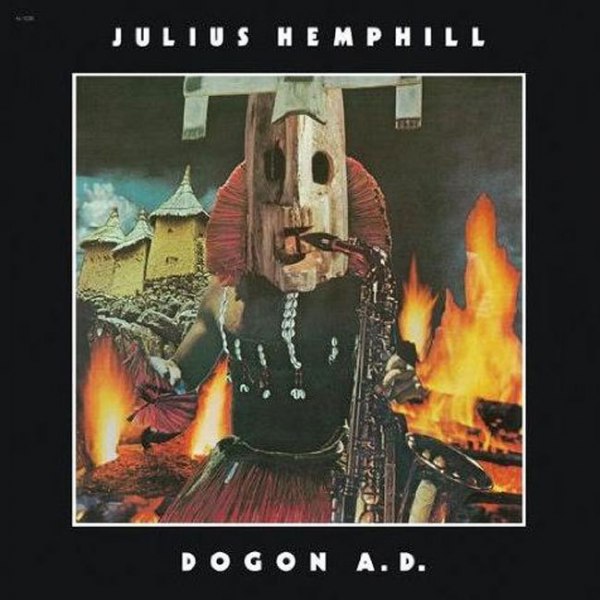 Dogon A.D. was actually an important precursor to the loft era, not the thing itself; Hemphill recorded it in 1972 in St. Louis, where he was a member of that city’s Black Artists Group. (Shortly afterward, he was part of a cohort from that group who migrated to New York and became a mainstay of the lofts.) However, the album was rediscovered and re-released in light of the Lower Manhattan movement, showing its importance to the aesthetic that had since developed there. Hemphill, an alto saxophonist and composer, leads an unconventional quartet with trumpeter Baikida Carroll, cellist Abdul Wadud, and drummer Phillip Wilson that drenches avant-garde jazz in the folk blues of the Midwestern Plains. (In particular, one can hear the honk of the roadhouses in Hemphill’s playing, and the prairie fiddling tradition in Wadud’s.) There’s also evidence of the West African tribe that gives the album its name, for example in the 11/8 rhythm of the title track and the ritual incantations of the closing “The Painter.” Almost 50 years later, Dogon A.D. still sounds ahead of its time; its influence on the New York artists of the ’70s was profound.

In 2020, to celebrate JazzTimes’ 50th anniversary, we made a bold (some would say foolhardy) call: the top 50 jazz albums of the past 50 … END_OF_DOCUMENT_TOKEN_TO_BE_REPLACED

In 2020, to celebrate JazzTimes’ 50th anniversary, we made a bold (some would say foolhardy) call: the top 50 jazz albums of the past 50 … END_OF_DOCUMENT_TOKEN_TO_BE_REPLACED

In 2020, to celebrate JazzTimes’ 50th anniversary, we made a bold (some would say foolhardy) call: the top 50 jazz albums of the past 50 … END_OF_DOCUMENT_TOKEN_TO_BE_REPLACED

In 2020, to celebrate JazzTimes’ 50th anniversary, we made a bold (some would say foolhardy) call: the top 50 jazz albums of the past 50 … END_OF_DOCUMENT_TOKEN_TO_BE_REPLACED