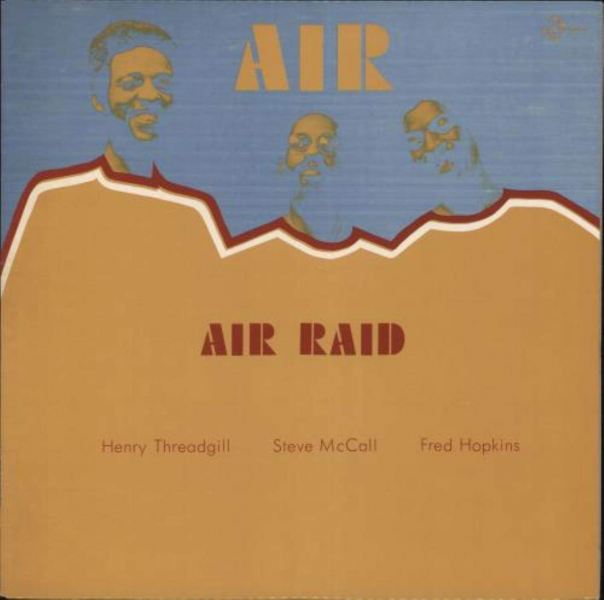 Like David Murray, Henry Threadgill also arrived in New York in 1975. He was noted almost immediately for his compositional ability (though it would take 40 years for the Pulitzer Prize committee to catch on). But while he is credited as the author of all four tracks on Air Raid—the second album by the collective trio Air—the writing here takes a back seat to the band’s interactive improvisations. Bassist Fred Hopkins and drummer Steve McCall share equal footing with Threadgill, especially on the lightly structured long pieces “Air Raid” and “Release,” although the shorter “Midnight Sun” and “Through a Keyhole Darkly” are notably fair-trade as well. (While Threadgill’s voice on his four reeds is the most prominent, it’s the stunning dialogue between himself—on his unique “hubkaphone” percussive rig—McCall, and Hopkins on “Release” that is the album’s most effective moment.) Air’s raw yet sophisticated three-way meeting of the minds remains as impressive today as it did in their mid-1970s heyday, when they were a fixture on the loft scene.

In 2020, to celebrate JazzTimes’ 50th anniversary, we made a bold (some would say foolhardy) call: the top 50 jazz albums of the past 50 … END_OF_DOCUMENT_TOKEN_TO_BE_REPLACED

In 2020, to celebrate JazzTimes’ 50th anniversary, we made a bold (some would say foolhardy) call: the top 50 jazz albums of the past 50 … END_OF_DOCUMENT_TOKEN_TO_BE_REPLACED

In 2020, to celebrate JazzTimes’ 50th anniversary, we made a bold (some would say foolhardy) call: the top 50 jazz albums of the past 50 … END_OF_DOCUMENT_TOKEN_TO_BE_REPLACED

In 2020, to celebrate JazzTimes’ 50th anniversary, we made a bold (some would say foolhardy) call: the top 50 jazz albums of the past 50 … END_OF_DOCUMENT_TOKEN_TO_BE_REPLACED