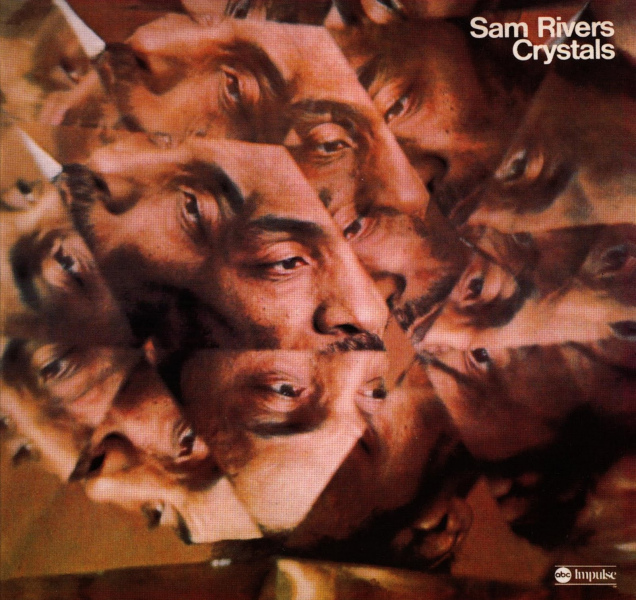 Considering the DIY aesthetic that was part and parcel of the Loft Era, it was also a time of remarkable ambition. Studio Rivbea, the most famous and emblematic of the jazz lofts, was at 24 Bond Street just above Houston—Sam Rivers’ self-run place. (Writer Robert Palmer called Rivers “the unofficial mayor of the lofts.”) A tenor saxophonist, flutist, and composer of tremendous scope, Rivers often led large ensembles aptly styled “The Rivbea Orchestra.” Crystals, though not officially billed to the band, nonetheless provides a window into their world. The ensemble includes 14 pieces (though with various personnel—there are 63 players total) whose atonal shouts on “Exultation” obscure the painstaking detail of Rivers’ arrangements; whose contagious grooves on “Tranquility,” “Orb,” and “Earth Song” can make one forget how complex and difficult are the forms being played over them; whose wild bursts on, well, “Bursts” are like a massive revisiting of Ornette Coleman’s Free Jazz. With Crystals, moreover, Rivers answers that age-old question: “What would funk sound like played on electric bass and tuba?”

In 2020, to celebrate JazzTimes’ 50th anniversary, we made a bold (some would say foolhardy) call: the top 50 jazz albums of the past 50 … END_OF_DOCUMENT_TOKEN_TO_BE_REPLACED

In 2020, to celebrate JazzTimes’ 50th anniversary, we made a bold (some would say foolhardy) call: the top 50 jazz albums of the past 50 … END_OF_DOCUMENT_TOKEN_TO_BE_REPLACED

In 2020, to celebrate JazzTimes’ 50th anniversary, we made a bold (some would say foolhardy) call: the top 50 jazz albums of the past 50 … END_OF_DOCUMENT_TOKEN_TO_BE_REPLACED

In 2020, to celebrate JazzTimes’ 50th anniversary, we made a bold (some would say foolhardy) call: the top 50 jazz albums of the past 50 … END_OF_DOCUMENT_TOKEN_TO_BE_REPLACED