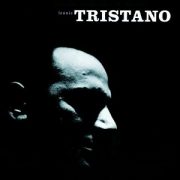 Tristano was and is controversial for a number of reasons, not least his racial blind spots. But the in-its-time controversy surrounding his overdubs on “Turkish Mambo” seems silly today. For one thing, the common use of overdubs in the studio is one of the worst-kept secrets in jazz. For another, “Turkish Mambo” is a magnificent achievement that could have been done in no other way. Accompanied only by a metronome, Tristano tracks himself in four time signatures: three times with only his left hand (first in 7/8, then in 6/8, then in 5/8), and finally improvising on his right hand (which seems to be in 4/4, but the pulse is understandably hard to keep hold of). The improv even offers up bits of blues vocabulary. Preceding Dave Brubeck’s more famous “Blue Rondo à la Turk” by four years, “Turkish Mambo” also anticipates the overlapping-rhythm experiments of Henry Threadgill and the M-Base collective by decades.

Check the price of Lennie Tristano on Amazon!

Eddie Harris [saxophonist/keyboardist/vocalist, 1934-1996] means everything to me. I feel like if Eddie Harris wasn’t there, my life quality would have been completely different. He … END_OF_DOCUMENT_TOKEN_TO_BE_REPLACED

To use an age-old (but appropriate) simile, choosing the top 10 recorded examples of jazz drumming is like trying to pick your favorite child. Each … END_OF_DOCUMENT_TOKEN_TO_BE_REPLACED

This year marks the 50th anniversary of JazzTimes—and you can help us celebrate. We’re compiling a feature for our upcoming 50th-anniversary issue on the top … END_OF_DOCUMENT_TOKEN_TO_BE_REPLACED