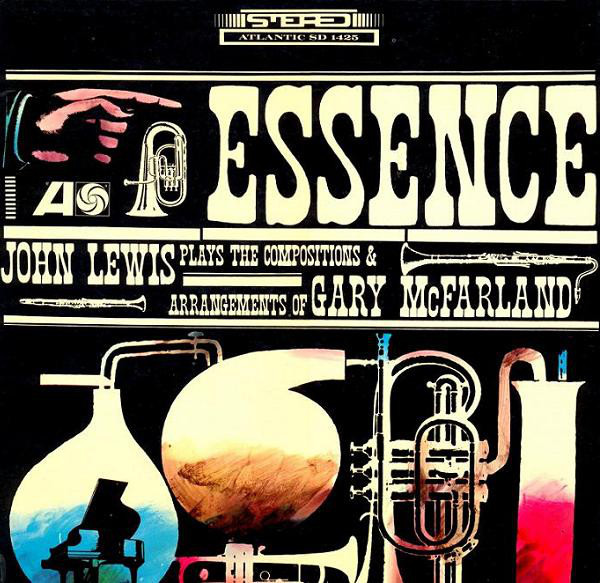 The Modern Jazz Quartet was Lewis’ primary musical vehicle—for proof, consider that on sessions under his own name, he almost always used at least one fellow Quartet member. But he was perfectly capable of playing brilliantly in other contexts, even on someone else’s compositions and arrangements. Essence finds him leading an 18-piece big band, with robust and unusual voicings (e.g., tuba, flute, oboe, bassoon, basset horn, and two French horns) and MJQ drummer Connie Kay. But these are Gary McFarland’s tunes and charts, and they have a profoundly cinematic feel to them that’s out of place in Lewis’ corpus. Nevertheless, he handles himself ably, with an authentic blues on “Tillamook Two” and the hard-swinging “Notions” standing as proof that cool Lewis could burn as hard as anyone. “Another Encounter” finds Lewis as close to his Third Stream home as he could get here, but he still handles it with more soul than concert mannerism.

What’s one of the best ways to make a jazz fan for life? Start early. The books listed below can help, and they’re just 10 … END_OF_DOCUMENT_TOKEN_TO_BE_REPLACED

I did not start seriously writing lyrics until I was in my thirties, at which time the endeavor became the centerpiece of my life. Following … END_OF_DOCUMENT_TOKEN_TO_BE_REPLACED

Nnenna Freelon recently released her 11th album and first studio album in a decade, despite—but also, in a sense, because of—her personal travails of the … END_OF_DOCUMENT_TOKEN_TO_BE_REPLACED

What better way to celebrate the 50th anniversary of a music magazine than by making a top-50 list? Given how much time we’re spending at … END_OF_DOCUMENT_TOKEN_TO_BE_REPLACED