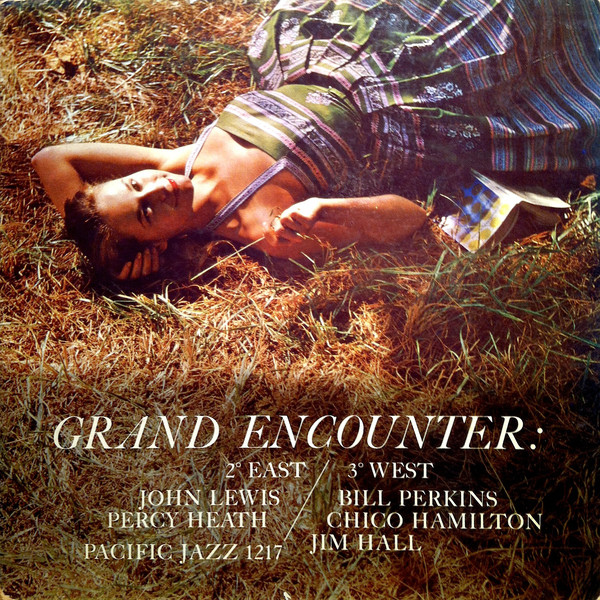 The sound of Lewis and the MJQ was associated with the “cool” school headquartered on the U.S. West Coast. Hence, when Lewis made his first solo album, it seemed natural to turn it into an east/west summit of cool jazz. Lewis and MJQ bandmate Percy Heath (the “two degrees east”) work with L.A. saxophonist Bill Perkins, guitarist Jim Hall, and drummer Chico Hamilton (the “three degrees west”) on a polite, understated album of standards and one Lewis original (the title track). If it never exactly catches fire (that being beside the point), the album features beautiful and imaginative playing from all involved, including a splendid solo from Hall on “Skylark,” a killer from Heath on “2 Degrees East - 3 Degrees West,” and a remarkable display of resources from Lewis himself in a trio version of “I Can’t Get Started.”

What’s one of the best ways to make a jazz fan for life? Start early. The books listed below can help, and they’re just 10 … END_OF_DOCUMENT_TOKEN_TO_BE_REPLACED

I did not start seriously writing lyrics until I was in my thirties, at which time the endeavor became the centerpiece of my life. Following … END_OF_DOCUMENT_TOKEN_TO_BE_REPLACED

Nnenna Freelon recently released her 11th album and first studio album in a decade, despite—but also, in a sense, because of—her personal travails of the … END_OF_DOCUMENT_TOKEN_TO_BE_REPLACED

What better way to celebrate the 50th anniversary of a music magazine than by making a top-50 list? Given how much time we’re spending at … END_OF_DOCUMENT_TOKEN_TO_BE_REPLACED