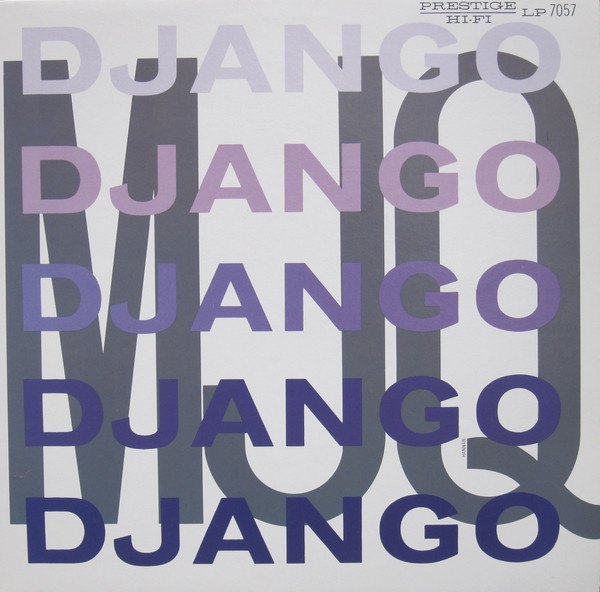 “There is no leader in the Modern Jazz Quartet,” Milt Jackson remarked, “but John is the music director, and his personality dominates the music.” If that wasn’t true at the beginning, it became indisputable with Django, an album of music recorded between 1953 and 1955 and released on Prestige Records a year later. Five of the eight tracks are Lewis compositions, with the other three being his delicately balanced settings of “One Bass Hit,” “Autumn in New York” and “But Not for Me” (the latter has a particularly Lewis-ian use of a two-note motif). The originals include “La Ronde Suite”—a masterful reworking of “Two Bass Hit” as a fourfold piece on which each member gets a feature; the lithe “Delaunay’s Dilemma,” which would become a staple of the band’s repertoire (with melodic and harmonic ideas Lewis would often return to); and, of course, the title track. A tribute to Romani guitar legend Django Reinhardt, who’d died the year before the song was recorded, it opens on a mournful melody instantly evocative of Reinhardt’s “gypsy jazz” guitar. (Guitarist Jim Hall would refer to its compositional structure as “almost perfect.”) It then opens into not one but two strains of swing, as deeply infused with blues and bop ideas as anything in the jazz canon.

In 2020, to celebrate JazzTimes’ 50th anniversary, we made a bold (some would say foolhardy) call: the top 50 jazz albums of the past 50 … END_OF_DOCUMENT_TOKEN_TO_BE_REPLACED

In 2020, to celebrate JazzTimes’ 50th anniversary, we made a bold (some would say foolhardy) call: the top 50 jazz albums of the past 50 … END_OF_DOCUMENT_TOKEN_TO_BE_REPLACED

In 2020, to celebrate JazzTimes’ 50th anniversary, we made a bold (some would say foolhardy) call: the top 50 jazz albums of the past 50 … END_OF_DOCUMENT_TOKEN_TO_BE_REPLACED

In 2020, to celebrate JazzTimes’ 50th anniversary, we made a bold (some would say foolhardy) call: the top 50 jazz albums of the past 50 … END_OF_DOCUMENT_TOKEN_TO_BE_REPLACED