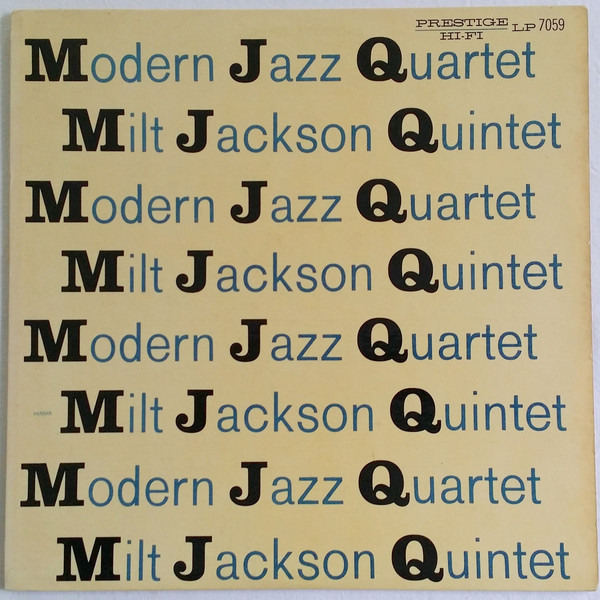 Lewis’ crowning achievement remains his integration into jazz of fugue, the contrapuntal classical form most frequently associated with Johann Sebastian Bach. That achievement began with “Vendome,” recorded several times over the years but premiered in 1952. In the original version it’s quite Bach-like: Vibraphonist Milt Jackson states the melody’s first strain in tempered, even quarter-notes, with bassist Percy Heath and drummer Kenny Clarke accompanying him; as Jackson moves on to the second strain, Lewis enters with the first (albeit expressed in harmony to the vibes). It doesn’t stay so baroque, quickly slipping into easy swing via bluesy chords from Lewis and a dyed-in-the-wool bebop solo from Jackson—quoting Charlie Parker’s “Bird of Paradise,” no less, then back into fugal structure. This tune was controversial in its time, but today it’s unquestionably a leading example of the nebulous concept of “chamber jazz.”

Big bands were already a staple of jazz by the early 1920s, but it wasn’t until 1935 that they graduated from a staple to a … END_OF_DOCUMENT_TOKEN_TO_BE_REPLACED

Joe Farnsworth, whose drumming has been the driving wheel in bands led by McCoy Tyner, Benny Golson, Harold Mabern, and Pharoah Sanders, is coming to … END_OF_DOCUMENT_TOKEN_TO_BE_REPLACED

Recently I was at a café wrapping up a day by reading Edwardian ghost stories, bored by the music on the sound system and not … END_OF_DOCUMENT_TOKEN_TO_BE_REPLACED