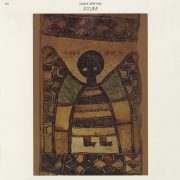 8. James Newton: Axum (ECM, 1982)
Only Nicole Mitchell rivals James Newton among jazz flute specialists for depth and scope within a single catalogue. And when it comes to solo flute recordings, not even Mitchell comes close. Axum commands the listener’s full attention, whether on one of Newton’s long, liturgy-like inquiries (“Choir”), folk-evocative pieces (“Axum”), or his thrice-overdubbed “Addis Ababa” and “The Neser” for concert, alto, and bass flutes. The entire album has an aura of enigma and spirituality, epitomized by the searching bass-flute solo “Solomon, Chief of Wise Men.” Perhaps the most ingenious of the tracks—with Newton using humming and even his own breathing as accompaniment—it’s certainly the most moving. The man behind this record is not merely an artist of high caliber, but a guru.

Check the price of Axum on Amazon!

When I started listening to jazz, as a kid growing up in rural Ohio, I got pretty lucky choosing my first few records. A Dizzy … END_OF_DOCUMENT_TOKEN_TO_BE_REPLACED

You are reading the words of an Andrew Hill fanatic. The kind who has spent years poring over his music, track by track. And why … END_OF_DOCUMENT_TOKEN_TO_BE_REPLACED