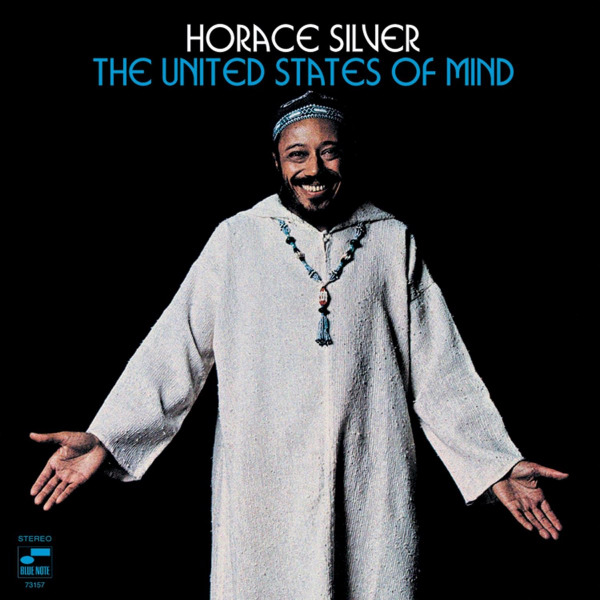 This is nobody’s idea of a typical Horace Silver record. The United States of Mind was originally a trilogy of three albums (1970’s That Healin’ Feelin’, 1971’s Total Response, and 1972’s All) that were Silver’s foray into writing lyrics—mainly about the spirituality and social consciousness of the period. “The Merger of the Minds” opens All and only features vocals—by Andy and Salome Bey—at the conclusion. The rest of it is an au courant mix of Hendrixian blues guitar, soul, hard funk, and electric jazz. Critically savaged at the time, United States of Mind deserves better than its reputation. Among other things, despite its amalgamation of styles, “The Merger of the Minds” still sounds like Horace Silver, stacked with punchy horn lines, soulful harmonic tang, and swing that shows through even the funk beats (James Brown funk this time) he has Mickey Roker laying down on the drums.

Recently I was at a café wrapping up a day by reading Edwardian ghost stories, bored by the music on the sound system and not … END_OF_DOCUMENT_TOKEN_TO_BE_REPLACED

“I live close to the ocean here in Los Angeles, so I’m surfing pretty much every day, and fortunately my family is close by—my folks, … END_OF_DOCUMENT_TOKEN_TO_BE_REPLACED

When I started to put this list together, first I wanted to think about the harmonica players that had an impact on my playing, on … END_OF_DOCUMENT_TOKEN_TO_BE_REPLACED

Zodiac Suite (Asch, 1945; reissued by Smithsonian Folkways, 1995) Williams’ masterpiece is both an impressionistic representation of the signs of the zodiac and a striking … END_OF_DOCUMENT_TOKEN_TO_BE_REPLACED