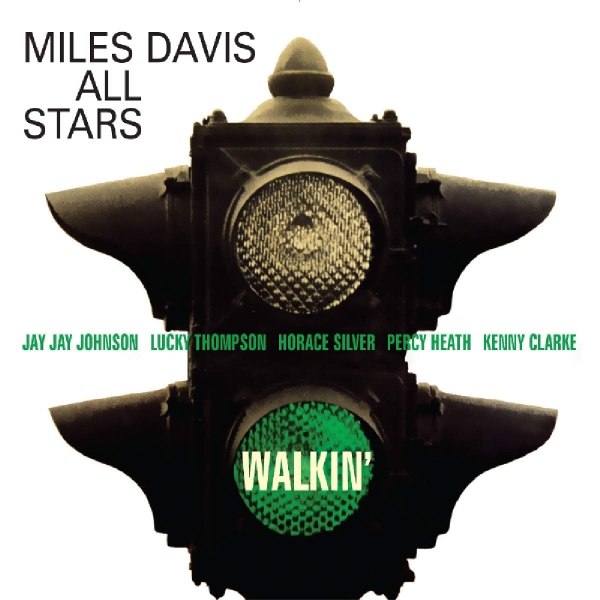 Silver and his erstwhile co-bandleader Art Blakey are generally regarded as the founding fathers of hard bop. There’s little exaggeration to that claim—but it would be a mistake to overlook this key Miles Davis recording. The sextet take on Richard Carpenter’s “Walkin’” is absolutely sozzled in the potent blues and soul that Silver was already calling “funk.” You can hear it not only in Davis’ and tenor saxist Lucky Thompson’s wonderful solos, but in the responsive rhythm figures that Silver plays in his comp. As for the pianist’s own improv, even a quote from “When You Wish Upon a Star” (a Disney trademark even then) can’t water down the spice he puts into the performance. He plays a side role, but already Silver bears many of the signs of what he would become.

Learn more about Walkin’ on Amazon!
Listen to a Spotify playlist featuring most of the tracks in this JazzTimes 10:

Ever since I was in the 7th grade, I have had a passion for jazz. I have always listened to and enjoyed a wide variety … END_OF_DOCUMENT_TOKEN_TO_BE_REPLACED

“My overall goal is trying to figure out how to connect the languages of jazz and classical to make an interesting and engaging performance, and … END_OF_DOCUMENT_TOKEN_TO_BE_REPLACED

We calculated our top 40 new releases of 2022 based on year-end lists by our writers. They were asked to choose the 10 best new … END_OF_DOCUMENT_TOKEN_TO_BE_REPLACED

We calculated our top 10 historical/reissue recordings of 2022 based on year-end lists by our writers. They were asked to choose the five best historical … END_OF_DOCUMENT_TOKEN_TO_BE_REPLACED