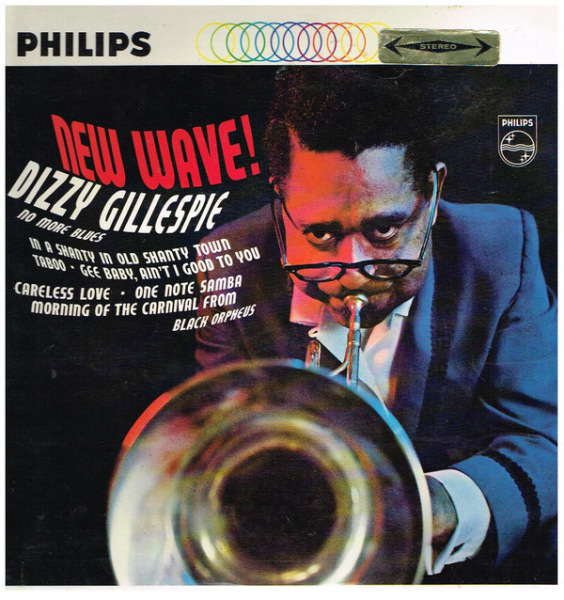 There’s a tendency to think that Gillespie siloed himself into the sound of 1947 for the entirety of his career. In fact, he made a point of keeping up with new trends, as witnessed by his 1962 performance of this bossa nova standard. Gillespie leads an octet through the sprightly arrangement (recorded live in New York City), with solos by pianist Lalo Schifrin and alto saxophonist Leo Wright that are sprightlier still. When it comes to Dizzy’s turn, he has a sense of dance in his improvisation that was often buried in his bebop peak by all his latticework. Some of that is here too—but put into the service of the bossa groove. As is his ever-present playfulness, for which one need look no further than the way he spirals around Wright in the song’s bridge.

When I think of Impulse! Records, I first think of the Coltrane legacy and that classic orange, black, and white branding on the labels. Then … END_OF_DOCUMENT_TOKEN_TO_BE_REPLACED

After a year of lockdown, it’s getting hard to tell if someone is naturally gregarious, or if the need for conversation and interaction is driving … END_OF_DOCUMENT_TOKEN_TO_BE_REPLACED

What better way to celebrate the 50th anniversary of a music magazine than by making a top-50 list? Given how much time we’re spending at … END_OF_DOCUMENT_TOKEN_TO_BE_REPLACED

For this Before & After listening session, originally done via Zoom and streamed live online, we decided that a multifaceted subject like bassist/composer/arranger/bandleader/educator John Clayton … END_OF_DOCUMENT_TOKEN_TO_BE_REPLACED