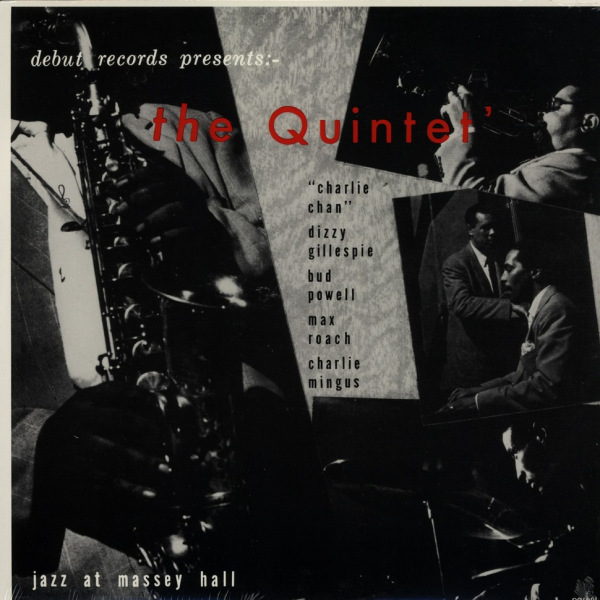 Speaking of great lineups. Diz and Bird form the front line, with Bud Powell, Charles Mingus, and Max Roach behind them. It’s amusing to hear Parker refer to Gillespie as “my worthy constituent”—but from that moment on it’s Gillespie who amuses. He screams, shouts, and we can’t see whatever else he does throughout Parker’s long solo. Dizzy’s up next, going through his acrobatic paces and throwing in lots of surprises in his note bends, a jumping lyrical phrase (adapted from the song’s bridge), and a thumping final dialogue with Max Roach. He then starts cutting up again during Powell’s solo, as if the pianist were the straight man feeding him setups. Few are the recordings where you get the full spectrum of Gillespie’s artistry and his onstage clown persona—maybe that’s why this legendary Toronto performance is still tagged by many as “the greatest jazz concert ever.”

When I think of Impulse! Records, I first think of the Coltrane legacy and that classic orange, black, and white branding on the labels. Then … END_OF_DOCUMENT_TOKEN_TO_BE_REPLACED

After a year of lockdown, it’s getting hard to tell if someone is naturally gregarious, or if the need for conversation and interaction is driving … END_OF_DOCUMENT_TOKEN_TO_BE_REPLACED

What better way to celebrate the 50th anniversary of a music magazine than by making a top-50 list? Given how much time we’re spending at … END_OF_DOCUMENT_TOKEN_TO_BE_REPLACED

For this Before & After listening session, originally done via Zoom and streamed live online, we decided that a multifaceted subject like bassist/composer/arranger/bandleader/educator John Clayton … END_OF_DOCUMENT_TOKEN_TO_BE_REPLACED