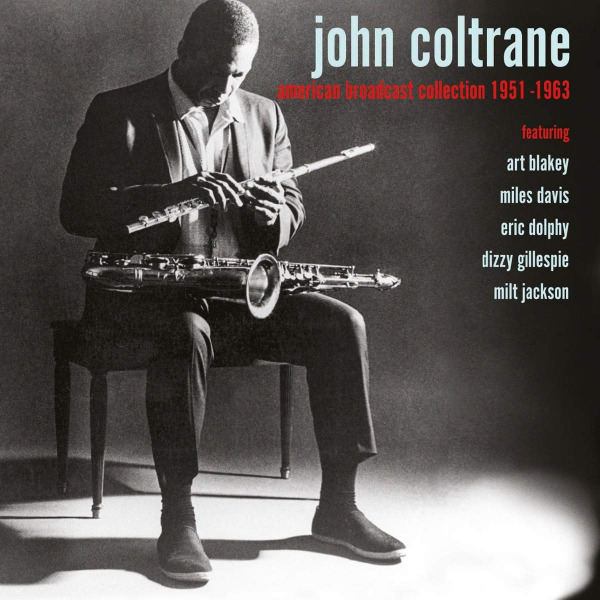 Gillespie’s legacy lies not only in his playing and compositions but also in his ability to find and cultivate talented musicians to carry the music forward. The eight-piece band that broadcast from Birdland on Saturday night, March 17, 1951, helped introduce the world to 24-year-old John Coltrane (doubling on alto and tenor saxes, though it’s the tenor on which he plays a sinuous solo). Trane, however, is only one of the stars on “Birks’ Works.” Bebop trombone architect J.J. Johnson is also in the band and takes a beautiful solo turn. Meanwhile, in the rhythm section stood vibraphonist Milt Jackson, pianist John Lewis, and bassist Percy Heath—three fourths of what would soon become the Modern Jazz Quartet. It can’t be all about the sidemen, though: Gillespie separates Coltrane and Johnson’s solos with a typically brilliant, quicksilver one of his own.

When I think of Impulse! Records, I first think of the Coltrane legacy and that classic orange, black, and white branding on the labels. Then … END_OF_DOCUMENT_TOKEN_TO_BE_REPLACED

After a year of lockdown, it’s getting hard to tell if someone is naturally gregarious, or if the need for conversation and interaction is driving … END_OF_DOCUMENT_TOKEN_TO_BE_REPLACED

What better way to celebrate the 50th anniversary of a music magazine than by making a top-50 list? Given how much time we’re spending at … END_OF_DOCUMENT_TOKEN_TO_BE_REPLACED

For this Before & After listening session, originally done via Zoom and streamed live online, we decided that a multifaceted subject like bassist/composer/arranger/bandleader/educator John Clayton … END_OF_DOCUMENT_TOKEN_TO_BE_REPLACED