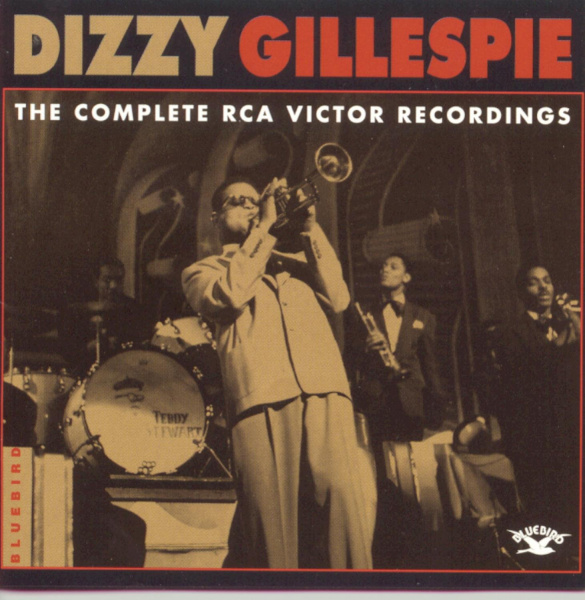 Gillespie’s response to jazz listeners’ confusion about bebop was to put it into a big-band context. By 1947, Gillespie was the talk of the jazz world, and he was already moving on to new innovations. “Manteca” is one of the founding texts of what we now call Latin jazz. He wrote it with Chano Pozo (whose congas are the sound you hear in the introduction to the record) and Gil Fuller (the orchestra’s house arranger), and once again it was like nothing ever heard before. Yet it’s catchy as hell, and Gillespie’s shouts of the title make it easy to remember what the song is called. Its central soloist is not the trumpeter but tenor saxophonist George “Big Nick” Nicholas, who delivers a flawless improvisation. Nevertheless, it’s Dizzy’s triumph.

When I think of Impulse! Records, I first think of the Coltrane legacy and that classic orange, black, and white branding on the labels. Then … END_OF_DOCUMENT_TOKEN_TO_BE_REPLACED

After a year of lockdown, it’s getting hard to tell if someone is naturally gregarious, or if the need for conversation and interaction is driving … END_OF_DOCUMENT_TOKEN_TO_BE_REPLACED

What better way to celebrate the 50th anniversary of a music magazine than by making a top-50 list? Given how much time we’re spending at … END_OF_DOCUMENT_TOKEN_TO_BE_REPLACED

For this Before & After listening session, originally done via Zoom and streamed live online, we decided that a multifaceted subject like bassist/composer/arranger/bandleader/educator John Clayton … END_OF_DOCUMENT_TOKEN_TO_BE_REPLACED