10. Dizzy Gillespie and the United Nation Orchestra: “A Night in Tunisia” (Live at the Royal Festival Hall; Enja, 1990) 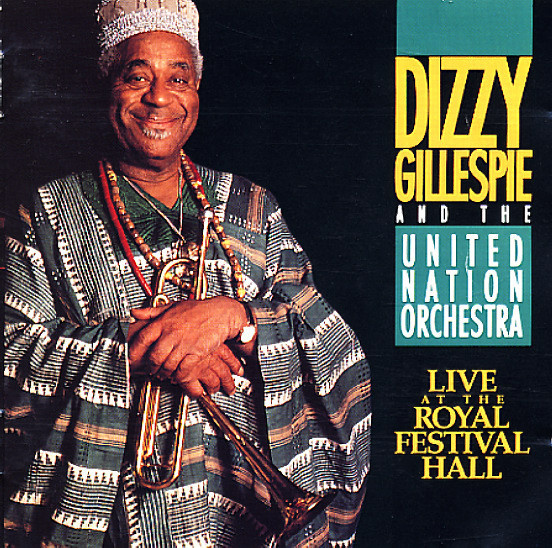 No list of essential Gillespie would be complete without “A Night in Tunisia,” and since it was his traditional concert closer it will also close this list. He’s one of three trumpeters (along with protégés Claudio Roditi and Arturo Sandoval) in this band, the United Nation Orchestra, the acme of Gillespie’s one-world jazz vision. But you’ll have no trouble recognizing which one is him. This arrangement lets him combine sultry soul with high-speed pursuit. And, as is evident in his trumpet solo, reports at the time of the 72-year-old’s technical decline were greatly exaggerated. More than that, though, his ideas are as sharp as ever, a refinement of the revolutionary trumpet playing he’d been spearheading for nearly half a century.

When I think of Impulse! Records, I first think of the Coltrane legacy and that classic orange, black, and white branding on the labels. Then … END_OF_DOCUMENT_TOKEN_TO_BE_REPLACED

After a year of lockdown, it’s getting hard to tell if someone is naturally gregarious, or if the need for conversation and interaction is driving … END_OF_DOCUMENT_TOKEN_TO_BE_REPLACED

What better way to celebrate the 50th anniversary of a music magazine than by making a top-50 list? Given how much time we’re spending at … END_OF_DOCUMENT_TOKEN_TO_BE_REPLACED

For this Before & After listening session, originally done via Zoom and streamed live online, we decided that a multifaceted subject like bassist/composer/arranger/bandleader/educator John Clayton … END_OF_DOCUMENT_TOKEN_TO_BE_REPLACED