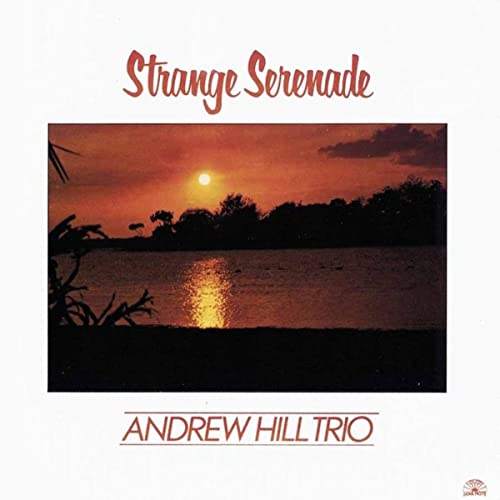 Like his solo albums, Hill’s sporadic 1970s output was hit-and-miss. (Lift Every Voice and Spiral, a 1974 session with Lee Konitz, were the standouts.) When the trio date Strange Serenade hit in the fall of 1980, it was immediately recognized as Hill’s strongest work in years. While “Reunion” starts out with delicacy and tenderness, it doesn’t stay there long: Hill, bassist Alan Silva, and drummer Freddie Waits all conspire to push each other into fittingly strange territory. Silva is particularly flexible with his chord changes, though Hill is the one with the interior daredevilry: phrases that break in the middle, clattering rhythms and odd twists and turns in his playing. It’s both unfair and impossible to discuss “solos” here; everything is essentially collective improvisation. It just happens to swing beautifully at the same time.

Camille Thurman blowing tenor with the Jazz at Lincoln Center big band behind her. Fronting the quartet co-led by drummer Darrell Green. Switching from saxophone … END_OF_DOCUMENT_TOKEN_TO_BE_REPLACED

As anyone who has spent even an afternoon in New Orleans knows, that city’s traditional jazz has never gone away. But those of us who … END_OF_DOCUMENT_TOKEN_TO_BE_REPLACED

When I think of Impulse! Records, I first think of the Coltrane legacy and that classic orange, black, and white branding on the labels. Then … END_OF_DOCUMENT_TOKEN_TO_BE_REPLACED

After a year of lockdown, it’s getting hard to tell if someone is naturally gregarious, or if the need for conversation and interaction is driving … END_OF_DOCUMENT_TOKEN_TO_BE_REPLACED