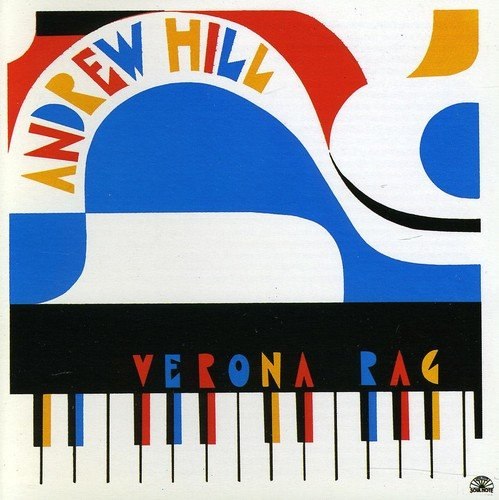 Hill’s solo albums have been spotty; his brand of harmonic and rhythmic exploration really requires a foil. Verona Rag, however, is an exception, a beautiful and strongly individual recording. “Darn That Dream” is a rare glimpse at Hill covering a jazz standard. On the one hand, he’s as subversive as ever, bending the Jimmy Van Heusen composition to his own will and finding new possibilities in its newly exposed nooks and crannies. On the other, those new possibilities can be cloaked by the lushness and lyricism that Hill displays, his fractured clusters and phrases landing on the billowy chords he spreads out underneath them. A player known for his mysterious complexities doesn’t usually get this warm and knowing … and, frankly, charming. Even the halting, rhythmically unmoored gait of the tune, so often a challenge to the listener, has a kind of welcoming friendliness to it.

Camille Thurman blowing tenor with the Jazz at Lincoln Center big band behind her. Fronting the quartet co-led by drummer Darrell Green. Switching from saxophone … END_OF_DOCUMENT_TOKEN_TO_BE_REPLACED

As anyone who has spent even an afternoon in New Orleans knows, that city’s traditional jazz has never gone away. But those of us who … END_OF_DOCUMENT_TOKEN_TO_BE_REPLACED

When I think of Impulse! Records, I first think of the Coltrane legacy and that classic orange, black, and white branding on the labels. Then … END_OF_DOCUMENT_TOKEN_TO_BE_REPLACED

After a year of lockdown, it’s getting hard to tell if someone is naturally gregarious, or if the need for conversation and interaction is driving … END_OF_DOCUMENT_TOKEN_TO_BE_REPLACED