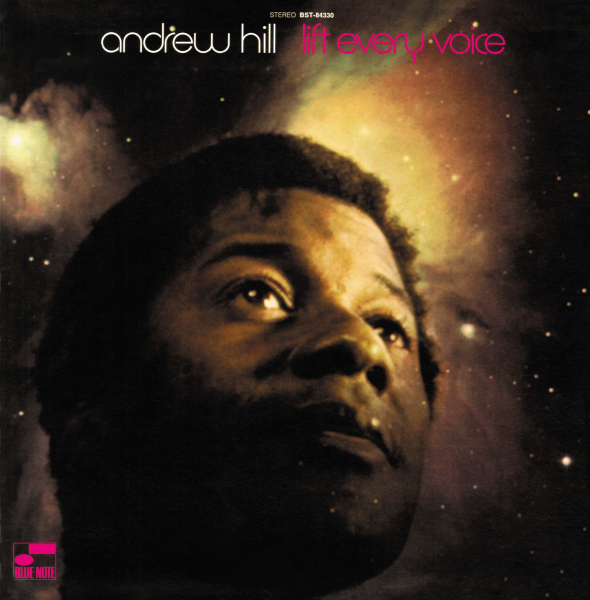 Originally recorded with Bobby Hutcherson on Dialogue, “Ghetto Lights”—as rearranged here for quintet and choir—sheds a fascinating light on Hill’s harmonic language. The thick clusters of notes that form his signature chords are difficult to parse in the homophony of the piano, but the voices are much more distinct when humans are singing them. It still takes work to decipher them, however, partly because Hill tends to place the voices behind solos such as his own or Carlos Garnett’s on tenor sax, and partly because his harmonies are just so different. While analyzing them, you can also enjoy then up-and-coming trumpeter Woody Shaw’s muted blues solo, which could be a compelling composition of its own.

Camille Thurman blowing tenor with the Jazz at Lincoln Center big band behind her. Fronting the quartet co-led by drummer Darrell Green. Switching from saxophone … END_OF_DOCUMENT_TOKEN_TO_BE_REPLACED

As anyone who has spent even an afternoon in New Orleans knows, that city’s traditional jazz has never gone away. But those of us who … END_OF_DOCUMENT_TOKEN_TO_BE_REPLACED

When I think of Impulse! Records, I first think of the Coltrane legacy and that classic orange, black, and white branding on the labels. Then … END_OF_DOCUMENT_TOKEN_TO_BE_REPLACED

After a year of lockdown, it’s getting hard to tell if someone is naturally gregarious, or if the need for conversation and interaction is driving … END_OF_DOCUMENT_TOKEN_TO_BE_REPLACED