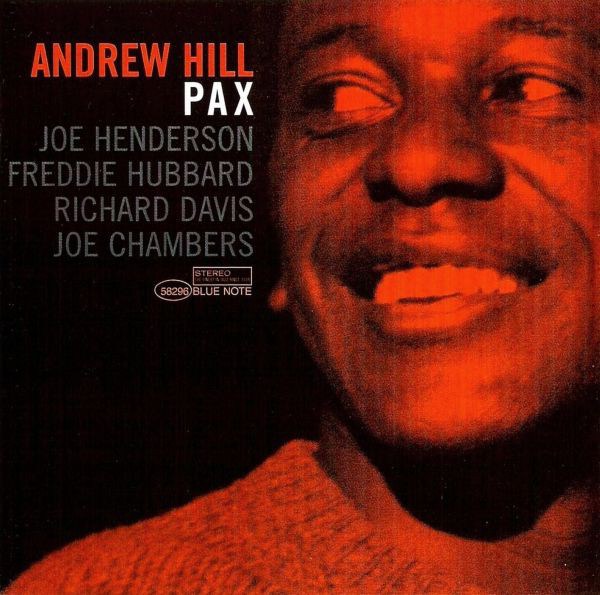 While the Pax session was a quintet, “Roots ’n’ Herbs”—another outtake—included only the trio of Hill, bassist Richard Davis, and drummer Joe Chambers. It captures the pianist as an unlikely master of the developing soul-jazz genre (in Chicago he had passed through what he called “my Gene Harris period”; later that year he would write “The Rumproller” for Lee Morgan). You can hear it in the gospel-Motown groove with which the tune starts, the same groove that would sweep the charts on Ramsey Lewis’ “The In Crowd” in ’65. Yet into the handclap rhythm goes Hill’s piano deconstructions, his incantatory repetitions, his eccentric chords. The groove transmogrifies but never quite fades, allowing Hill to get as experimental and free as he might want but never to completely abandon the soul matrix. By the final 30 seconds he’s applying his surreal distortions to the kinds of hard-edged licks you might find on a Horace Silver record.

Camille Thurman blowing tenor with the Jazz at Lincoln Center big band behind her. Fronting the quartet co-led by drummer Darrell Green. Switching from saxophone … END_OF_DOCUMENT_TOKEN_TO_BE_REPLACED

As anyone who has spent even an afternoon in New Orleans knows, that city’s traditional jazz has never gone away. But those of us who … END_OF_DOCUMENT_TOKEN_TO_BE_REPLACED

When I think of Impulse! Records, I first think of the Coltrane legacy and that classic orange, black, and white branding on the labels. Then … END_OF_DOCUMENT_TOKEN_TO_BE_REPLACED

After a year of lockdown, it’s getting hard to tell if someone is naturally gregarious, or if the need for conversation and interaction is driving … END_OF_DOCUMENT_TOKEN_TO_BE_REPLACED