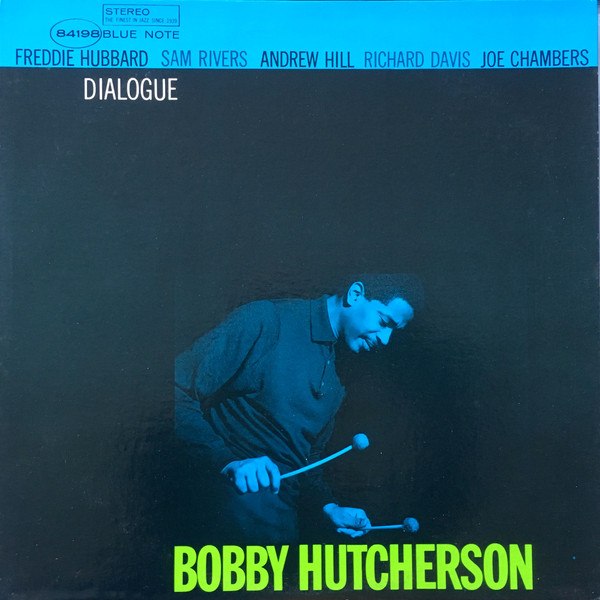 Vibist Hutcherson had appeared on two of Hill’s albums by the time of his own 1965 debut. When it finally came, the pianist acted as the session’s de facto copilot, writing three of its five tunes and setting the tone for its “out” trajectory. (Every other soloist sounds like he’s just taken a lesson from Hill.) A fourth Hill composition, “Jasper,” was a Dialogue outtake, issued 14 years later on Hutcherson’s 1979 LP Spiral. (Currently it’s a bonus track on the RVG remaster of Dialogue.) Leaving it unreleased that long seems a crime, as it contains what may be the most sublime moment in Hill’s recorded career. Not the exhausting sprint of a blues composition, impressive though that is; it comes near the end of his long, valedictory solo, which starts at 5:13 and is a dizzying masterpiece of deliberately clumpy dissonances and surreal salvos of melody. Then, at about the 7:00 mark, Hill begins a descent into even woozier territory—so bizarre, so completely strained from the expected harmonic language (what is that chord at 7:24?!) that at least one assumed that something was wrong with the tape and needed correcting. It’s not: You can hear Richard Davis’ bass continuing, undeterred, behind him. Yet the fact that Hill had reached a place where tape warp seemed like a more plausible explanation than deliberate intent … wow.

Camille Thurman blowing tenor with the Jazz at Lincoln Center big band behind her. Fronting the quartet co-led by drummer Darrell Green. Switching from saxophone … END_OF_DOCUMENT_TOKEN_TO_BE_REPLACED

As anyone who has spent even an afternoon in New Orleans knows, that city’s traditional jazz has never gone away. But those of us who … END_OF_DOCUMENT_TOKEN_TO_BE_REPLACED

When I think of Impulse! Records, I first think of the Coltrane legacy and that classic orange, black, and white branding on the labels. Then … END_OF_DOCUMENT_TOKEN_TO_BE_REPLACED

After a year of lockdown, it’s getting hard to tell if someone is naturally gregarious, or if the need for conversation and interaction is driving … END_OF_DOCUMENT_TOKEN_TO_BE_REPLACED