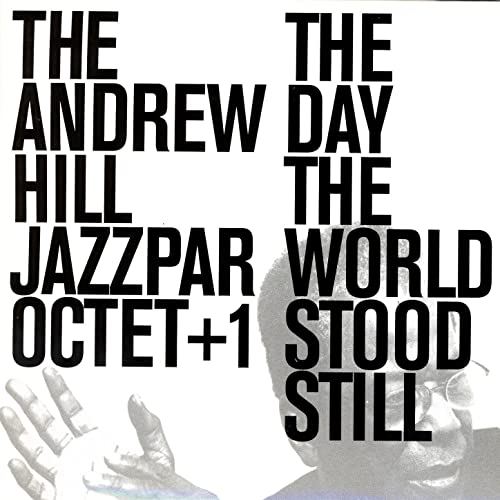 Hill won the Jazzpar Prize—“the Nobel Prize of Jazz”—in 2003, for which he performed a series of concerts in Denmark with a group of Danish musicians (as well as his core trio, bassist Scott Colley and drummer Nasheet Waits). Interestingly, the pieces—all new work—to a great extent let the five horns in the ensemble do the heavy lifting. For the somber yet hopeful “When Peace Comes,” however, the piano takes center stage again. Its long solo passage builds up to a trio simmer (interpolated by theme statements from saxophonists Thomas Agergaard and Peter Fuglsang), which then percolates in a classic Hill improvisation. He builds up formations solely so he can implode them, puts formidable shapes around his horn men (trumpeter Staffan Svensson does the best work with them), and in general establishes that his fiercely independent vision has not been tamped down at all by age or malady. Indeed, Hill had already been diagnosed with the lung cancer that would take his life in April 2007.

For our 2020 Year in Review section, we calculated the top 40 new releases and top 10 historical/reissue recordings of 2020 based on year-end lists … END_OF_DOCUMENT_TOKEN_TO_BE_REPLACED

For our 2020 Year in Review section, we calculated the top 40 new jazz releases and top 10 historical/reissue recordings of 2020 based on year-end … END_OF_DOCUMENT_TOKEN_TO_BE_REPLACED

For our 2020 Year in Review section, we calculated the top 40 new jazz releases and top 10 historical/reissue recordings of 2020 based on year-end … END_OF_DOCUMENT_TOKEN_TO_BE_REPLACED

For our 2020 Year in Review section, we calculated the top 40 new jazz releases and top 10 historical/reissue recordings of 2020 based on year-end … END_OF_DOCUMENT_TOKEN_TO_BE_REPLACED