Due to what can only be classified as some unfortunate oversight, a strange fate has befallen Donald Byrd: In the general pantheon of great jazz trumpeters, he’s barely visible. Back in the mid-1950s, when Clifford Brown was grasping for the crown of bebop trumpet virtuosos, Byrd—two years younger and clearly influenced by Brown—was also beginning to make waves, and those waves only got larger when he took Brownie’s old gig with Art Blakey’s Jazz Messengers. When Brownie died in 1956, Byrd at first seemed the heir apparent; he was, for example, the most recorded jazz trumpeter of 1957. But he was soon overshadowed by a wave of players who were younger still, Lee Morgan and Freddie Hubbard foremost among them. Byrd was also hampered by a case of Bell’s palsy that affected his playing, and he hung up his trumpet all together for a while to focus on his highly successful career as an educator (among other accomplishments, he founded the jazz program at Howard University).

Well, it’s high time that Donaldson Toussaint L’Overture Byrd II, who died in 2013 at 80, should be recognized for the splendid musician that he was. Here are 10 highlights from his discography 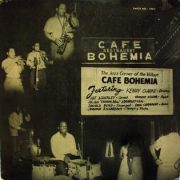 Not only does “Bohemia After Dark” place Byrd’s trumpet alongside the cornet of Nat Adderley, but it also places their solos back to back. Yet it’s not difficult at all to distinguish one from the other. Adderley’s is the second chorus, brash, bright, and gritty. The first, soft-toned and with its nose to the lyrical grindstone, is that of the 22-year-old Detroiter who was making (save for a long-lost two-song sideman date from the late ’40s) his recording debut. We can also hear that faint staccato that was one of Clifford Brown’s signatures, showing Byrd’s influences; he would soon smooth it out of his sound. Clarke’s Bohemia After Dark is best known as alto player Cannonball Adderley’s first time out—so much so that it’s regularly reissued under his name—but it was no less declarative in its announcement of jazz’s next great trumpet talent.

Ever since I was in the 7th grade, I have had a passion for jazz. I have always listened to and enjoyed a wide variety … END_OF_DOCUMENT_TOKEN_TO_BE_REPLACED

“My overall goal is trying to figure out how to connect the languages of jazz and classical to make an interesting and engaging performance, and … END_OF_DOCUMENT_TOKEN_TO_BE_REPLACED

We calculated our top 40 new releases of 2022 based on year-end lists by our writers. They were asked to choose the 10 best new … END_OF_DOCUMENT_TOKEN_TO_BE_REPLACED

We calculated our top 10 historical/reissue recordings of 2022 based on year-end lists by our writers. They were asked to choose the five best historical … END_OF_DOCUMENT_TOKEN_TO_BE_REPLACED