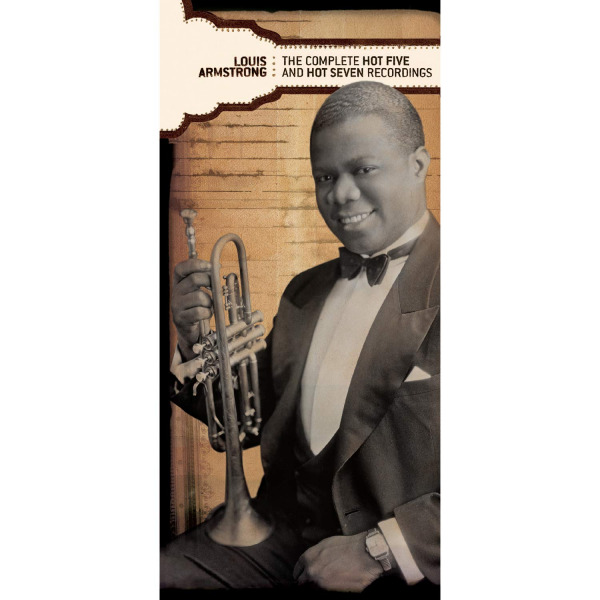 In his book Listening to Jazz, writer Ted Gioia recounts an experiment he conducted in college: He spent two weeks listening only to jazz made before Armstrong’s first Hot Five recordings of November 1925, then dived into those Hot Fives and Sevens. “What a revelation … indeed, what a shock!” Gioia writes. “Everything about Armstrong’s conception seemed to propel the art form ahead by light years.” Keep the previous entries on this list in mind when you play “Hotter Than That,” which indeed is a vast advancement over what the music sounded like pre-Armstrong. In fact, the very first second of the record is startling—in its ebullience, its rhythmic momentum, and the sheer power with which Armstrong plays. He maintains that level of virtuosity and authority, hands it off to Johnny Dodds for a clarinet solo, then takes it back for a joyful scat improvisation that he shares with guest guitarist Lonnie Johnson. Kid Ory follows, Armstrong takes us home, and we are firmly in jazz’s future as the song ends.

A Venn diagram of Kirk Knuffke’s musical production would be complicated to decipher. Born and raised in Colorado, mentored by the late Ron Miles, Knuffke moved … END_OF_DOCUMENT_TOKEN_TO_BE_REPLACED

In an interview with Wayne Enstice and Janis Stockhouse in Jazzwomen: Conversations with Twenty-One Musicians more than 20 years ago, pianist/composer Joanne Brackeen described herself … END_OF_DOCUMENT_TOKEN_TO_BE_REPLACED

In 2020, to celebrate JazzTimes’ 50th anniversary, we made a bold (some would say foolhardy) call: the top 50 jazz albums of the past 50 … END_OF_DOCUMENT_TOKEN_TO_BE_REPLACED

In 2020, to celebrate JazzTimes’ 50th anniversary, we made a bold (some would say foolhardy) call: the top 50 jazz albums of the past 50 … END_OF_DOCUMENT_TOKEN_TO_BE_REPLACED