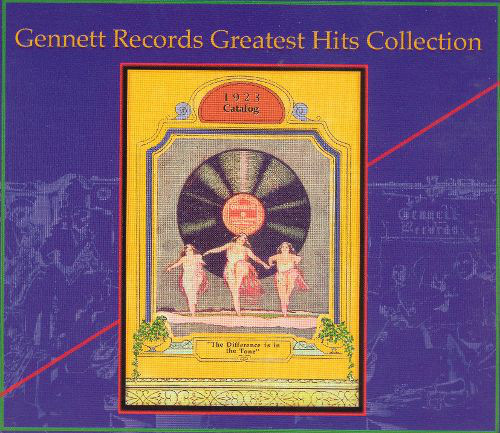 This 1924 version of “Cake Walking Babies from Home” is perhaps second to “Black Bottom Stomp” as the epitome of New Orleans jazz. The lead voices? Sidney Bechet on clarinet and 23-year-old Louis Armstrong on cornet. Listen to these two in contrast to trombonist Charlie Irvis, who joins them in the ensemble playing; he’s doing his best to keep up, but Bechet and Armstrong are simply on a higher level in their rhythms and melodic ideas. (Irvis makes up a little ground on the second chorus, before Alberta Hunter and Clarence Dodd’s vocals jump in.) The whole vibe, however, remains upbeat and exciting after 97 years, fun to listen and maybe even dance to, if you’ve got the moves for the shimmy and the Charleston.

Camille Thurman blowing tenor with the Jazz at Lincoln Center big band behind her. Fronting the quartet co-led by drummer Darrell Green. Switching from saxophone … END_OF_DOCUMENT_TOKEN_TO_BE_REPLACED

When I think of Impulse! Records, I first think of the Coltrane legacy and that classic orange, black, and white branding on the labels. Then … END_OF_DOCUMENT_TOKEN_TO_BE_REPLACED

After a year of lockdown, it’s getting hard to tell if someone is naturally gregarious, or if the need for conversation and interaction is driving … END_OF_DOCUMENT_TOKEN_TO_BE_REPLACED

What better way to celebrate the 50th anniversary of a music magazine than by making a top-50 list? Given how much time we’re spending at … END_OF_DOCUMENT_TOKEN_TO_BE_REPLACED