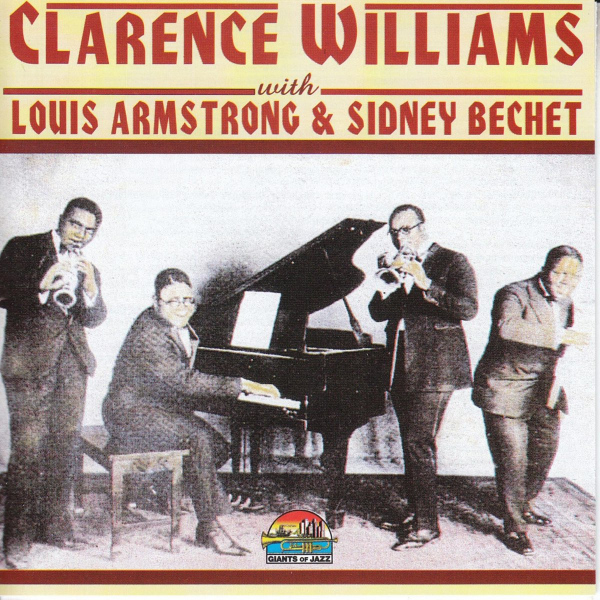 After Oliver, the most important early New Orleans virtuoso was Sidney Bechet, who played clarinet and soprano saxophone. In Bechet’s hands, the two instruments were difficult to distinguish; he played the soprano with the fuller, rounder tone that the clarinet possesses, and he played both with a quavering vibrato that is distinct almost to the point of being confrontational. “House Rent Blues (The Stomp)” is really his record, despite Clarence Williams (a pianist, but more of a promoter and producer) being the above-the-title artist. The soprano sax is the dominant instrument in the ensemble section, and Bechet’s solo takes up most of the record’s final third. It’s a series of breaks that, like his vibrato, come off as dares: “Play as good as me. Go on, give it your best shot.”

A Venn diagram of Kirk Knuffke’s musical production would be complicated to decipher. Born and raised in Colorado, mentored by the late Ron Miles, Knuffke moved … END_OF_DOCUMENT_TOKEN_TO_BE_REPLACED

In an interview with Wayne Enstice and Janis Stockhouse in Jazzwomen: Conversations with Twenty-One Musicians more than 20 years ago, pianist/composer Joanne Brackeen described herself … END_OF_DOCUMENT_TOKEN_TO_BE_REPLACED

In 2020, to celebrate JazzTimes’ 50th anniversary, we made a bold (some would say foolhardy) call: the top 50 jazz albums of the past 50 … END_OF_DOCUMENT_TOKEN_TO_BE_REPLACED

In 2020, to celebrate JazzTimes’ 50th anniversary, we made a bold (some would say foolhardy) call: the top 50 jazz albums of the past 50 … END_OF_DOCUMENT_TOKEN_TO_BE_REPLACED