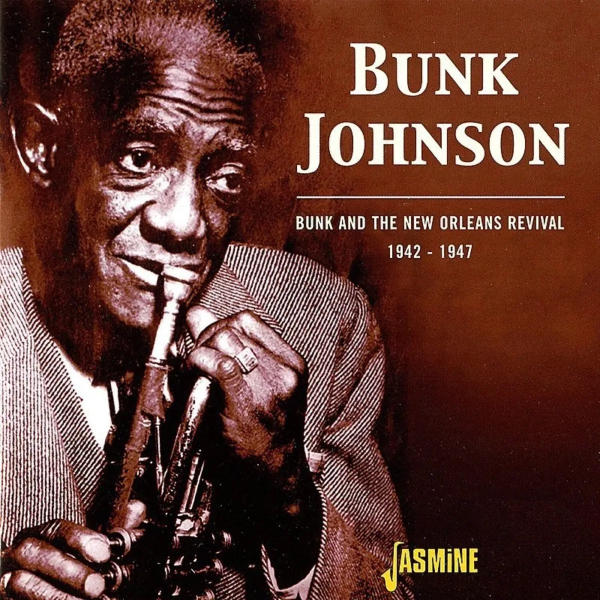 A contingent of jazz fans considered Armstrong’s innovations to be anathema. That was something besides jazz, they said, and only the style developed before 1925 in New Orleans was true “jazz.” This contingent called themselves the “moldy figs,” and their contribution to the jazz canon was a reboot of the career of Bunk Johnson. They tracked him down after Armstrong and Bechet had mentioned him as a key early trumpet player in New Orleans (he was an occasional member of Buddy Bolden’s band) and arranged a recording session for him there in 1942. “Panama” was a clear throwback, but it finally showcased Johnson’s long-unheard bright, agile, pretty trumpet sound; his lyrical improvisational style; and his feel for the early rhythmic structure of jazz. Johnson died six years later, and the truth about his contributions to jazz (and his stories thereabout) are still debated. Yet his place in kickstarting a New Orleans jazz renaissance is secure.

A Venn diagram of Kirk Knuffke’s musical production would be complicated to decipher. Born and raised in Colorado, mentored by the late Ron Miles, Knuffke moved … END_OF_DOCUMENT_TOKEN_TO_BE_REPLACED

In an interview with Wayne Enstice and Janis Stockhouse in Jazzwomen: Conversations with Twenty-One Musicians more than 20 years ago, pianist/composer Joanne Brackeen described herself … END_OF_DOCUMENT_TOKEN_TO_BE_REPLACED

In 2020, to celebrate JazzTimes’ 50th anniversary, we made a bold (some would say foolhardy) call: the top 50 jazz albums of the past 50 … END_OF_DOCUMENT_TOKEN_TO_BE_REPLACED

In 2020, to celebrate JazzTimes’ 50th anniversary, we made a bold (some would say foolhardy) call: the top 50 jazz albums of the past 50 … END_OF_DOCUMENT_TOKEN_TO_BE_REPLACED