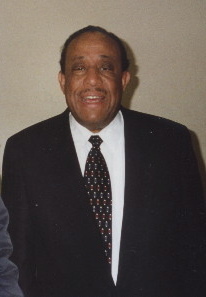 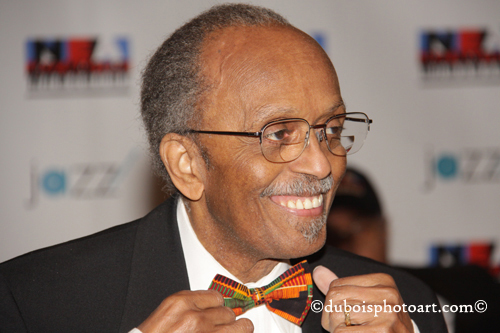 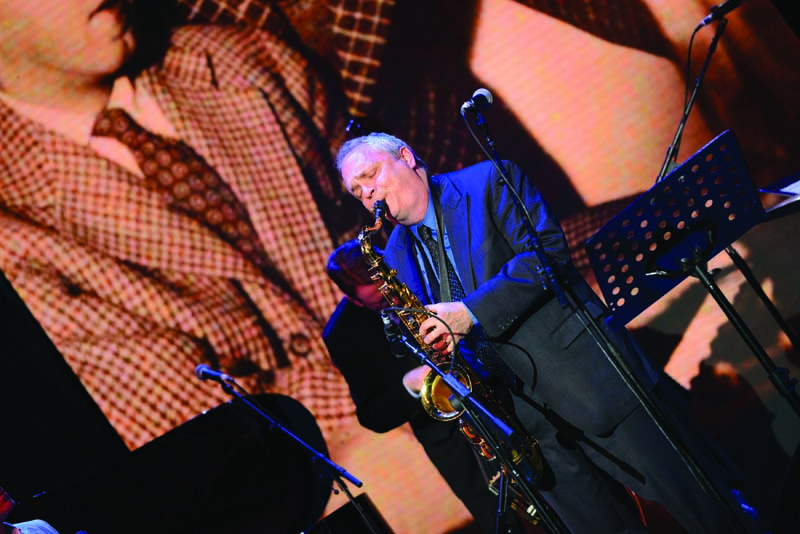 Although jazz has a reputation for being a serious-often too serious-art form, it also has a rich tradition of onstage cutups, from Louis Armstrong and Dizzy Gillespie to Cannonball Adderley and Clark Terry. Here are some contemporary musicians who have also honed serious comedic chops. And no, we can’t tell you why there is only one woman. We’re still waiting for the Amy Schumer of jazz.

A vivacious presence and a gifted physical comic, the singer is a mistress of the double take and sexual innuendo. Also a gifted stage actor, it doesn’t hurt that she can do just about any voice or accent.

The 89-year-old saxophonist always works the crowd with a few of his sidesplitting pet stories, including his timeless take on ED medication. And like Don Rickles he’s not afraid of insulting his peers to hilarious effect. (Check out his 2015 NEA Jazz Master acceptance speech online.)

A first-class practical joker like his mentor Dizzy Gillespie, D’Rivera is also the author of three books that contain some of his best material.

Being at once self-deprecating and a first-class ham is a difficult comedic trick, but it’s one that this popular keyboardist pulls off nightly in his gut-busting between-song addresses. One especially effective bit is his portrayal of a hapless, hopeless rapper who has plenty of pre-verse attitude but zero skills.

No one is safe from Jimmy and Tootie’s good-humored ribbing-not the band, not the audience and certainly not themselves.

With classic dry wit, Leonhart is known not only for clever songs like “Me and Lenny,” his self-effacing ode to airplane seatmate Leonard Bernstein, but also for longform storytelling, as in The Bass Lesson, his one-man show about a life spent lugging around that most cumbersome of instruments.

The guitar great is perhaps the corniest and most ribald joke-teller of all the jazz people on social media. And very un-PC-“like” him or “friend” him at your own peril. Though born in rural Georgia, he wears the Borscht Belt influence with pride. Sample post: “Did you hear about the sports bar for feminists? Even the pool table has no balls.”

The bassist is the quintessential talk-show host, going from a funny monologue to setting up his fellow artists and giving them a dose of his big laugh. It’s no surprise NPR has recognized his talents and given him segments on the organization’s anchor shows.

The clarinetist and saxophonist loves to poke fun at his band and his audience, and his old-school quips can zing in any direction. Case in point: “Great to see my agent show up at my gig. He’s backstage now eating 15 percent of my chicken.”

The urbane, quick-witted singer-guitarist is equally adept at onstage banter and musical parody, such as his brutal imitation of Madeleine Peyroux imitating Billie Holiday, or his tour de force comic rendition of “I Like Jersey Best.”

The drummer-bandleader loves doing zany bits and gags onstage, sometimes in costume. Our favorite: Back when Survivor was a timely cultural reference, he invited the audience to vote members of his group off the bandstand after each tune.

In 2020, to celebrate JazzTimes’ 50th anniversary, we made a bold (some would say foolhardy) call: the top 50 jazz albums of the past 50 … END_OF_DOCUMENT_TOKEN_TO_BE_REPLACED

In 2020, to celebrate JazzTimes’ 50th anniversary, we made a bold (some would say foolhardy) call: the top 50 jazz albums of the past 50 … END_OF_DOCUMENT_TOKEN_TO_BE_REPLACED

In 2020, to celebrate JazzTimes’ 50th anniversary, we made a bold (some would say foolhardy) call: the top 50 jazz albums of the past 50 … END_OF_DOCUMENT_TOKEN_TO_BE_REPLACED

In 2020, to celebrate JazzTimes’ 50th anniversary, we made a bold (some would say foolhardy) call: the top 50 jazz albums of the past 50 … END_OF_DOCUMENT_TOKEN_TO_BE_REPLACED