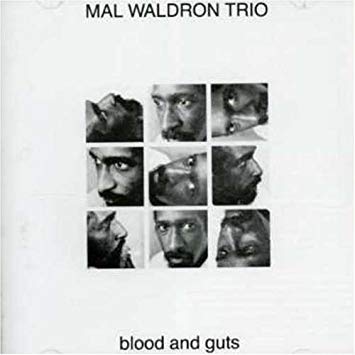 Some have called the Mal Waldron of the second half of his career (the one who emerged from a 1963 drug overdose as a changed pianist) “evil Mal.” That’s the Waldron who plays on this 1970 live date in Paris, with a French trio. His basecamp on “My Funny Valentine” is a low left-hand drone, which bassist Patrice Caratini reinforces with monotones that alternate between fingered throbs and bowed glowers. Even when he breaks out of the drone sections, though, Waldron avoids getting too caught up in playing the changes; he quickly states the chord (sometimes just the root) at the top of each bar, then focuses on melody and (especially) rhythm to carry it through, giving slight glances, at best, to the tune as written. (The most harmonically dense passage here, in fact, is an extended quote from “Ol’ Man River.”) If it establishes an idiosyncratic sound for Waldron, it also gives the song a dark, eerie cast that is unlike any other interpretation.

When I started listening to jazz, as a kid growing up in rural Ohio, I got pretty lucky choosing my first few records. A Dizzy … END_OF_DOCUMENT_TOKEN_TO_BE_REPLACED

You are reading the words of an Andrew Hill fanatic. The kind who has spent years poring over his music, track by track. And why … END_OF_DOCUMENT_TOKEN_TO_BE_REPLACED