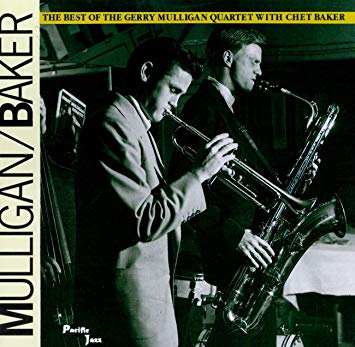 The most remarkable thing about Baker’s definitive vocal rendering of “My Funny Valentine” is the fact that the year before, he had also participated in perhaps the definitive instrumental recording. (The Library of Congress certainly thought so, inducting the latter version into the National Recording Registry in 2015.) Playing live at the Haig in Los Angeles with Carson Smith on bass and Larry Bunker sitting in for regular drummer Chico Hamilton, Baker opens with a line much freer and more embellished than his vocal one, but still remarkably streamlined. Mulligan’s dynamic is unbearably quiet, but he stretches out more than Baker, taking advantage of the space offered by their famous piano-less quartet. (Again, the drums are barely there until the final minute or so—for much of the time, the ice in spectators’ glasses is louder than Bunker is.) Perhaps in person, the effect was more romantic. On record, it’s suspense that you could cut with a knife.

When I started listening to jazz, as a kid growing up in rural Ohio, I got pretty lucky choosing my first few records. A Dizzy … END_OF_DOCUMENT_TOKEN_TO_BE_REPLACED

You are reading the words of an Andrew Hill fanatic. The kind who has spent years poring over his music, track by track. And why … END_OF_DOCUMENT_TOKEN_TO_BE_REPLACED