Skip to content
Become a member and get exclusive access to articles, live sessions and more!
Start Your Free Trial
Home > Features > JazzTimes 10: Great Recordings of “My Funny Valentine”

It’s become a cliché among jazz musicians and jazz fans: They never want to hear “My Funny Valentine” at a gig again. They do have a point. There are over 1,600 recordings of Richard Rodgers and Lorenz Hart’s song, written for their 1937 musical Babes in Arms. The number of unrecorded live renditions can never be counted. You don’t have to be an obsessive fan to be tired of this tune.

And yet its exposure hasn’t meant its death. You know there’s something special about a ballad when the singer can tell his/her paramour “Your looks are laughable, unphotographable”—and go into specifics—and it’s still regarded as the height of romance. (The musicians who are ostensibly sick of it sure keep coming back to it, as all those recordings demonstrate.) It’s as essential a part of jazz as “Body and Soul.” So, for Valentine’s Day, for those of us who haven’t sworn it off, and for those considerable numbers of off-swearers who were fibbing, here are 10 of the greatest versions of “My Funny Valentine.” 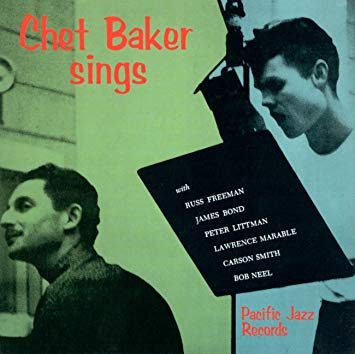 Entering the studio for the first time as a singer, Chet Baker gave “Valentine” what just may be its definitive treatment. It’s certainly the reference recording for most of the vocal performances made since. Baker doesn’t spend a second on bells and whistles, or even on variation. There’s no trumpet, just a straight vocal read, less than two-and-a-half minutes of Baker’s silky whisper and even softer accompaniment from pianist Russ Freeman and bassist Carson Smith. (Drummer Bob Neel is there too, but on a nearly subliminal level.) What could have been, maybe should have been, an inconsequential wisp is instead a transcendent masterpiece.

In line with many resourceful jazz practitioners, Gilad Hekselman responded to the enforced isolation of the COVID-19 pandemic with a turning-lemons-to-lemonade attitude that ultimately eventuated … END_OF_DOCUMENT_TOKEN_TO_BE_REPLACED

It was the 1950s. Bebop had established itself as the new paradigm of jazz, but its newest popular variant, “cool jazz” or “West Coast jazz,” … END_OF_DOCUMENT_TOKEN_TO_BE_REPLACED

Session players have always been my thing. Not to take away from the singers or bandleaders or what have you, but I’m more interested in … END_OF_DOCUMENT_TOKEN_TO_BE_REPLACED

Walter Smith III has been burning the candle at both ends. As he connected with JazzTimes via Zoom from a New York City hotel room … END_OF_DOCUMENT_TOKEN_TO_BE_REPLACED