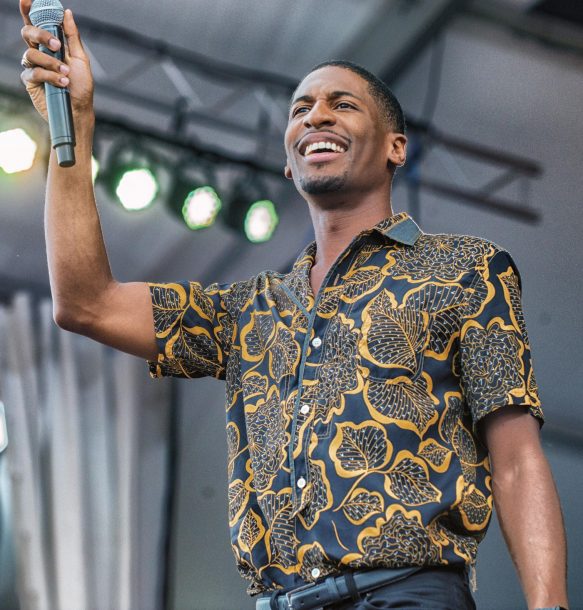 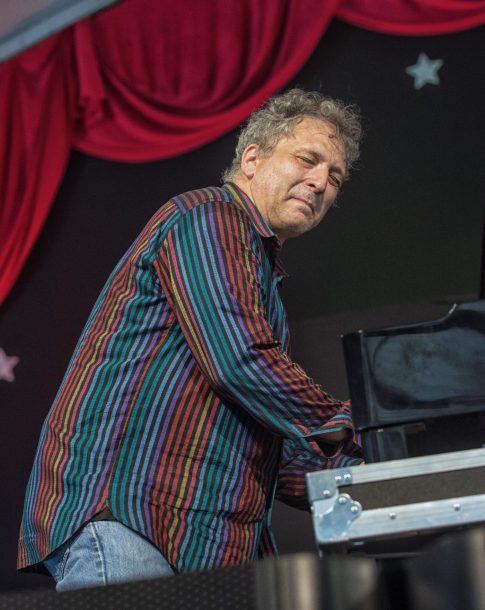 The culture sprawl that is the New Orleans Jazz and Heritage Festival came to a close May 7, putting a lid on seven full days of music programming spread across genres including (but hardly limited to) jazz, blues, Cajun, zydeco, rock, pop, bounce and hip-hop. A handful of this year’s headliners returned to, as Stevie Wonder put it, “fulfill [the] promise” of their scheduled performances from 2016, when storms washed out multiple days of the event. They were mostly treated to temperate breezes and blue skies, while crowds meandered among the wide swath of options across 12 stages. As is often the case, many of the Fest’s highlights came courtesy of New Orleans natives.

Though his usual Jazz Tent set was axed this year, saxophonist Edward “Kidd” Jordan brought his horn and keyboardist Darrell Lavigne to his interview at the Allison Miner Music Heritage Stage, where he offered insights into his improvising approach and technique. At one point, a cell phone went off in the audience. Immediately, Jordan’s horn went to his mouth to create a series of warm blues figures, riffing on the iPhone’s “blues piano” ring. “Ya got me runnin’,” he sang with a laugh before working his way up to a series of high-register chirps (“that came from practicing with the birds in the trees,” he later explained). Things got frenetic quickly, with Jordan’s horn skittering ahead of Lavigne’s keys that jumped in to accompany him. Delivering high-voltage phrases that contrasted and then combined with what his keyboardist was doing, Jordan eventually worked his way back to the blues that had inspired him. “See, that’s what jazz is about,” he said.

At Jazz Fest, a higher (and more mainstream) profile can launch an artist out of the Jazz Tent and onto the main stage, as it did for New Orleans-born Jon Batiste and his Stay Human Band this year. That’s not necessarily an advantage. Given the interactive nature of Batiste’s “social music,” moving to the festival’s least-intimate venue likely presented a challenge. But Batiste gracefully overcame it, leaning heavily on the new stage’s extension that gave him a way to be relatively in the crowd without descending from the stage. And his humor (one melodica solo included nods to both “Careless Whisper” and “Mary Had a Little Lamb”) and band-wide virtuosity (percussionist Joe Saylor’s acrobatic, foot-stomping display of tambourine skills ended with the equivalent of a mic drop) didn’t hurt in grabbing the crowd’s rapt attention.

Though technical difficulties occasionally distracted from Stevie Wonder’s set, and drawn-out, solo-piano slow jams made for moments of uneven listening, Wonder repeatedly brought his performance—and audience— back to life with his impassioned calls for unity and freedom in 2017. To that end, “Overjoyed” became a launch pad for lyrical improvisations about “fighting for freedom” and “[fighting] against racism.” Singing in stop-start fashion, he ultimately revamped the song’s theme from romance to society-wide peace and love. And while there were plenty of “I love you … let nobody take that away … whatever color you may be” moments, there was also fire—most notably when, in his quintessential-Stevie-ballad vibrato, he crooned, “don’t fall for the bullshit.”

Terence Blanchard featuring the E-Collective continued their shift into electronics-assisted territory at Jazz Fest, which Blanchard admitted remains his favorite place to play in the world—and with good reason. The airy acoustics of the Jazz Tent seem to magnify the trumpeter’s intense, often emotion-drenched tone, particularly when he uses effects like the one on his horn for this year’s performance. As the band ran through a mix composed mostly of new music and tunes from 2015’s Breathless, Blanchard was center stage before a laptop. At one point he shifted from long, smooth horn lines to a powerful series of moody, textured blow-outs before the band’s spacey funk groove tempered Blanchard’s urgency and the entire vibe shifted to bring his trumpet back to earth.

Picking the highlight of David Torkanowsky’s multi-singer Torkestra may be a toss: Kermit Ruffins, who, after a gulp of beer, sang compellingly raspy and rhythm-drenched versions of “World on a String” and “Fly Me to the Moon.” Or it may have been the all-star local horn section Torkanowsky compiled for the gig. Featuring trombonist Jeff Albert, saxophonists Khari Allen Lee, Brad Walker and Rex Gregory and trumpeter Ashlin Parker, among others, the group subtly tweaked their dynamics and style through multiple vocalist changes, keeping things loose and swinging.

The festival’s celebration of Cuban music hit home during Preservation Hall Jazz Band’s performance, a fiery survey of music from their new, Cuba-trip-inspired album “So It Is.” Throughout the mostly fast-paced set, saxophonist and clarinetist Charlie Gabriel played with a swinging energy and brilliant tone as he danced behind his horn, seeming to get an extra charge from the Afro-Cuban beats on tunes like “Santiago.” At 84, Gabriel, who co-wrote most of the new album with PHJB’s artistic director/tuba player/bassist Ben Jaffe, remains the band’s elder statesman. Thanks to the sheer, visible joy emanating from his instrument and countenance during that set, he was also its star.

Art Neville, Joseph “Zigaboo” Modeliste, Leo Nocentelli and George Porter Jr.’s infamously rocky relationship was nowhere in sight for their hit-stuffed closing set this year. Instead, they played with generosity and camaraderie, encouraging one another with chatter and opening up classics like “Hey Pocky A-Way” and “Cissy Strut” to contributions from members of their extended band, which included Ivan Neville on keys plus a tight local horn section of Jeff Albert on trombone and Khris Royal and Clarence Johnson III on saxophones.

The Gospel Soul of Irma Thomas

If one moment underscored the connection between New Orleans R&B and the music of the church, it came when Irma Thomas performed “Victory,” a popular gospel number that turns on the climax-building lines “I don’t know how he’s gonna fix it.” Performing in the Gospel Tent on the festival’s final day, Thomas dug deep into the song’s heart, eking out a funk-tinged doo-wop rhythm pattern with her backup singers that cast the tune in an entirely new, utterly funky light. She slowed down the refrain, giving weight to offbeats and rests in a way that would have made it perfectly at home in Allen Toussaint’s studio. At the end, her voice soared, exalted, above the final bars as the audience leapt to its feet for one of many standing ovations.

View photos from the first weekend and second weekend of the festival.

In line with many resourceful jazz practitioners, Gilad Hekselman responded to the enforced isolation of the COVID-19 pandemic with a turning-lemons-to-lemonade attitude that ultimately eventuated … END_OF_DOCUMENT_TOKEN_TO_BE_REPLACED

It was the 1950s. Bebop had established itself as the new paradigm of jazz, but its newest popular variant, “cool jazz” or “West Coast jazz,” … END_OF_DOCUMENT_TOKEN_TO_BE_REPLACED

Session players have always been my thing. Not to take away from the singers or bandleaders or what have you, but I’m more interested in … END_OF_DOCUMENT_TOKEN_TO_BE_REPLACED

Walter Smith III has been burning the candle at both ends. As he connected with JazzTimes via Zoom from a New York City hotel room … END_OF_DOCUMENT_TOKEN_TO_BE_REPLACED