Skip to content
Become a member and get exclusive access to articles, live sessions and more!
Start Your Free Trial
Home > Features > JazzTimes 10: Great Jazz Albums to Test Your Stereo With 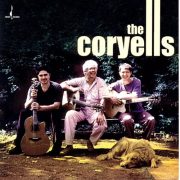 A good stereo system can reproduce not only the spread of sounds from left to right, but also a sense of depth. This album, recorded in a highly reverberant church with just a few microphones and minimal electronic processing, is one of the best tests of stereo depth I’ve found. In the first track, “Sentenza del Cuore – Allegro,” the Coryells’ three acoustic guitars provide reference point for Alphonse Mouzon’s congas, castanets, and tambourine. The guitars are right up front in the stereo soundstage, but the echoes of the percussion in the space make Mouzon sound like he’s far behind them. Through a truly great set of speakers, the castanets will sound like they’re coming from 30 feet behind the guitars—and the wall behind the speakers will seem to disappear.

Recently I was at a café wrapping up a day by reading Edwardian ghost stories, bored by the music on the sound system and not … END_OF_DOCUMENT_TOKEN_TO_BE_REPLACED

When I started to put this list together, first I wanted to think about the harmonica players that had an impact on my playing, on … END_OF_DOCUMENT_TOKEN_TO_BE_REPLACED

Zodiac Suite (Asch, 1945; reissued by Smithsonian Folkways, 1995) Williams’ masterpiece is both an impressionistic representation of the signs of the zodiac and a striking … END_OF_DOCUMENT_TOKEN_TO_BE_REPLACED