Skip to content
Become a member and get exclusive access to articles, live sessions and more!
Start Your Free Trial
Home > Features > Gerald Clayton: Before & After

BEFORE: [Listens] Yeah! [Listens more] I’m a bit stumped on the name but the spirit, the energy, all of what is happening is so relatable. I can clearly hear the church influence, and that connection to the blues. Also the freedom to jump out with all sorts of arpeggios and stuff. It’s Monk’s “Misterioso” with a mad-scientist feel, but there’s always a connection to the beat, to the blues. I say mad-scientist because there are a lot of pianists who have this surprise factor, these sudden dramatic shifts between styles. We have Ahmad Jamal and Phineas Newborn—other cats too—that come to mind who have embraced the freedom of stretch, of pushing themselves while staying grounded. It’s not them, but this idea has always been in the music. The original concept was about freedom, so this is very much in line with that tradition. Placing the era of this is a little tricky again, because it’s the Vanguard, but I could imagine this being anywhere from the early ’70s to ’80s. Maybe even the ’90s?

I love the feeling of the audience on this track, when he or she goes for something and you hear someone say, “Deal with it!” You know? [Laughs] “Don’t hold back.” There’s that feeling again that comes from this sacred stage that the Vanguard is, this well-supported place where you can make the music go where you want.

AFTER: I know this record! I used to listen to it a lot. Yeah, that’s Marcus, man. I remember loving this record because you got to hear Wynton’s introductions to the music and he mentions all of the amazing cats who came through to listen, like Clark Terry and others who were in the house. Just name after name. Also, he did this very hip thing in releasing it as an entire week, right? Each disc was a night at the Vanguard. That’s really part of the experience. It’s a marathon from Tuesday to Sunday, and each night’s a different night, and by Sunday, it’s its own special thing—that last set with all the cats coming to sit in. The fatigue and the relief. These days, at most clubs it’s different. There’s a joke that three days is the new week, because that’s how long most club bookings are now.

BEFORE: It’s a real Cuban player, right? Maybe Chucho Valdés? I guess you could call this traditional. It’s not somebody putting on a Cuban hat, you know? [Listens more] It is. I can tell. It’s smart to use a slower-tempo Chucho tune for a blindfold because then you don’t have the technical wizardry to give it away. He’s laying it down but you can tell there’s the capacity to do that. You feel the fire. You feel the strength and the touch, and still so much sensitivity. I mean, he’s incredible. And the way his bands always serve that rhythm.

AFTER: Thanks for reminding me. I used to listen to that album in high school. In the first three seconds, I almost was going to say it has a kind of “A Child Is Born” feel, and then the thirds he was playing at the start are like Bill Evans. His sound is up in there for sure. It’s not surprising that a nice, reflective piano intro would be where you might hear a taste of that. When you’re playing at the Vanguard, you can’t help but think of the cats who played there with photos of them all around on the wall. Their spirits are literally looking at you on that stage.

BEFORE: I mean, this is so hip that it’s really killing me that I can’t place the name with certainty. I’m guessing late ’90s. It’s fascinating to hear cats who play with such a sense of exploration and not afraid to take it out, but also clearly have such a strong rooted feeling in the tradition. You can hear those moments that are almost like the way Barry Harris or Bud Powell or Cedar Walton would play these little melodies inside the music, folk-song melodies or even a childlike expression, then immediately return back to a busy-bee kind of quality. I’m thinking Jason Moran, Andy Milne, Craig Taborn, or Kevin Hayes.

This track is actually from a Vanguard recording of a gig less than two weeks after 9/11, when much of downtown Manhattan was closed and the whole city was still in shock.

I’m shocked to know they were rolling the wheels again only a few weeks after.

AFTER: Wow. Martial Solal is somebody who I know I’ve been sleeping on already. There’s such a playfulness to it, right? Thank you for putting him in the mix. And Bill Stewart. He’s been in so many different musical scenarios and always brings the magic. I’ve had the honor of getting to work with him, most recently on the road with John Scofield. He’s another architect of the sound of the drums. Somehow it’s not surprising that he would be on this record.

“The honor of having the words ‘Live at the Village Vanguard’ on an album with your name—that’s something I’ve dreamed about since I was in high school.”

BEFORE: That’s the Bad Plus. Cool. Right out of the gate, this sound of the trio and their approach, I was like, “Okay, is that Brad Mehldau?” Then I thought no, it’s someone who’s post-Brad Mehldau, which includes so many of us players who hearken on some of his vibes and elements, like Ethan [Iverson] and myself. I assumed it was either the Bad Plus, because I know they have a relationship with the Vanguard, or it was somebody else around my age range, like Yaron Herman or something like that. Pianistically, you could also say Ethan comes from Jason Moran. But Ethan has more of his own dissonance that’s a little crunchy in a way. Brad would not come with that. With the Bad Plus, mainly it’s the sound of that trio that identifies them: the way Dave King plays with the backbeat thing and Reid has a beautiful, strong presence in that trio. And bringing in melodies and phrasing that sound like they’re from a Radiohead songbook. That’s the vibe they were choosing, songs that are outside the normal jazz choices.

BEFORE: I’m tentative and guessing, but I think maybe Kenny Barron on piano, or maybe not. [Listens] Someone in that lineage of cats who have such a connection to the bebop tradition and language. [Listens more] His flow is sort of endless in the way that Kenny’s is, but there’s an older feel, like maybe Barry Harris or Tommy Flanagan, maybe. Wait, is it Tommy? Yeah, that makes sense. Okay. Wow, very good. What year is this? I’m thinking in the ’80s again. Tommy really does have his own sound, his own touch, in taking on these standards. His flow gives him away. And I think it probably influenced Kenny Barron as well. This is “All God’s Children,” right? If it’s not, and somebody called that on me on a jam session, I’d have to say, “Just sing it real quick.” Titles don’t work for me.

AFTER: There’s a photo someone took of me at the Vanguard that I love. I’m on the piano and just to the left of me is the photo of Tommy. At the piano.

There’s also a photo of Tommy himself playing right next to that photo, in almost the same pose. Very meta.

BEFORE: [Immediately] I can hear from that lovely voice that the vocalist on the gig is Keith Jarrett, and the genius accompaniment on piano also would be the great Jarrett. It’s a kind of a giveaway. He’s just so, so free. This recording is from the ’70s or early ’80s, I’m guessing.

You hear that? I’m also thinking of what we talked about earlier, with the example of Jason Moran and Bandwagon using the values of hip-hop and the vamp idea within the piano trio format. But maybe there should also be an asterisk to that to say that the vamp doesn’t belong only to hip-hop necessarily; it belongs to anybody, any style or time. When you think of Keith Jarrett playing like this with the freedom to stay in one place, and to just dance, it can be so creative and amazing. It just builds and builds. It’s also connected to Charles Lloyd, and so much of Keith blossomed from his time with Charles, and so did Jason Moran when he was with him. It is partially a hip-hop thing to love the vamp, but maybe it’s just a Lloyd thing too, you know?

I hear some of that in this. [Listens] I mean, I can’t say enough about Keith. He’s an all-around genius: as a leader and in his own sound, in improvisation and creativity in his craft and pushing even the instrument itself. And the sound of a trio! [Saxophone part enters] Oh! So, it took a while for the quartet to reveal itself. [Laughs] This would be the European quartet? Yeah. Okay. That’s not Dewey Redman.

AFTER: Ha! Nude Ants—that’s great. They don’t take themselves too seriously. I love that “new dance” dig. I hope Keith will make it back to us. I did get to witness his mastery in person once at NJPAC with Gary [Peacock] and Jack [DeJohnette]. But during the few years I was living in New York, every time he did his solo show at Carnegie HalI I happened to be on the road and had to miss it. I’m angry I couldn’t have witnessed that, but he created so much beautiful recorded music that we can definitely be grateful for.

Thanks for sharing the past two hours with us, Gerald. Was this okay by you?

I’m still sweating. [Laughs] Now it feels like Sunday night at the Vanguard—we got through it! No, really it’s been super-fun. I think one of the hippest parts of being in this music community, whether you’re a musician or just a music lover and listener, is the process of getting to talk about what you’re listening to and sharing it with others. I still look forward to someone playing something for me for the first time.

JazzTimes Members: Go here to watch Zoom video footage of this Before & After listening session.

Recently I was at a café wrapping up a day by reading Edwardian ghost stories, bored by the music on the sound system and not … END_OF_DOCUMENT_TOKEN_TO_BE_REPLACED

When I started to put this list together, first I wanted to think about the harmonica players that had an impact on my playing, on … END_OF_DOCUMENT_TOKEN_TO_BE_REPLACED

Zodiac Suite (Asch, 1945; reissued by Smithsonian Folkways, 1995) Williams’ masterpiece is both an impressionistic representation of the signs of the zodiac and a striking … END_OF_DOCUMENT_TOKEN_TO_BE_REPLACED 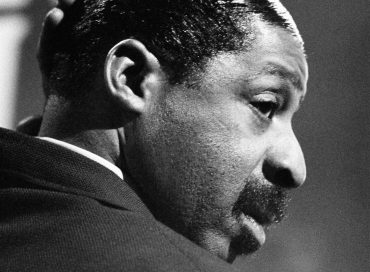 In June, the centennial of pianist Erroll Garner came and went with unfortunately little fanfare. And yet during his lifetime—he died in 1977, at the … END_OF_DOCUMENT_TOKEN_TO_BE_REPLACED