Eddie Harris [saxophonist/keyboardist/vocalist, 1934-1996] means everything to me. I feel like if Eddie Harris wasn’t there, my life quality would have been completely different. He was my dad’s [guitarist Ronald Muldrow] confidant, his counselor, and he was like a big uncle to me. His harmonic leanings are my harmonic leanings—I grew up with that harmonic stack. Also, his pan-African sound was just real, and he was one of the freest cats out there. He did it all because he loved Black music.

Listen to a Spotify playlist featuring all the songs in this Artist’s Choice:

I was overseas in a study program—I think it was in China—and they had a music store out there. I found Electric Ladyland by Jimi Hendrix, Miles Davis’ Bitches Brew, and Eddie Harris’ I Need Some Money. The psychedelic sound, the trippy effects, really got me. “I Don’t Want Nobody” is incredible. I love the space that’s in it, and I love Eddie’s voice, singing through the saxophone, finding yet another way to do something. My dad is playing the Guitorgan on this, which is something he invented. [Bob Murrell has generally been credited with inventing the Guitorgan, but Muldrow was among the first musicians to use it professionally. —Ed.]

What [Harris] does in that first passage with the horn … I remember I couldn’t get past that first phrasing. Still, to this day, I have to replay it before I get to the rest of the song, because it’s so intense; it’s so profound, like he’s playing a gang of horns at the same time, like Rahsaan Roland Kirk. I can’t explain just how much those harmonies have impacted me. There’s somebody screaming and there’s a drum machine and I’m like, yes! That’s my life—I scream over drum machines all the time. It’s like a bionic sound to me. 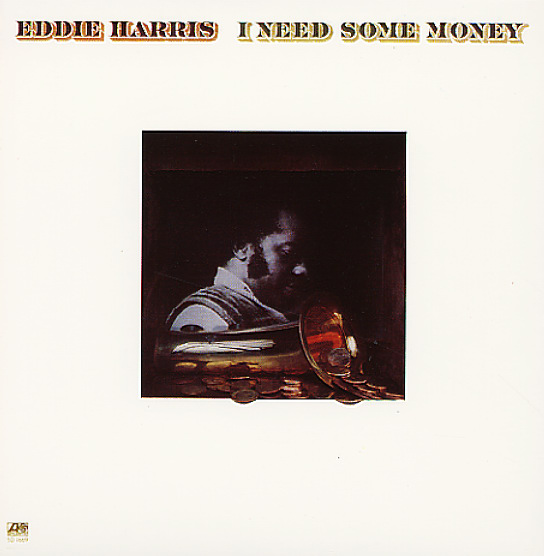 It’s nasty, and I love how much funk the original had. It’s his personality, it’s him. The thing that’s important to state about Eddie Harris is he wasn’t trying to be deep. He was just striving for more. This crazy melody is a way that people can see each other. I’m really into the tempo of this one and how it’s just so bluesy. The blues and the harmonic—all of it had equal value for him, and that’s how I feel about harmony.

They’re killin’ it. [The band here includes pianist Muhal Richard Abrams, Ronald Muldrow, bassist Rufus Reid, and drummer Billy James. —Ed.] When I hear “Turbulence,” I feel him with me all the time. The other thing is how fluid they are; they go from high-quality free to high-quality swinging, then to the funk, back to free. I like the statement he made; it was like, anti-box. That’s the kind of music I make. Crazy.

He’s looking for the real thing; he’ll dig on it no matter what it is, no matter where it comes from, if it’s the real thing. His solo is like walking through different worlds: as a vocalist, as a horn player. I love that he wasn’t afraid to do that. He’s a fearless person to me.

This is Eddie filtering Coltrane in his consciousness. It’s like a master giving love to another master. It’s him blowing how he feels. There was a definite spiritual goal, and [Eddie] embracing it. I feel like Eddie saw himself in Trane, and this was almost like a message saying, “I feel you.”

At first glance, Randy Klein and Alex Skolnick appear to be odd partners. Pianist/keyboardist Klein has a deep R&B and musical-theater background; guitarist Skolnick made … END_OF_DOCUMENT_TOKEN_TO_BE_REPLACED

Few things are more intimidating for a musician than playing in front of your idols. In 1985, Pete Malinverni, a 28-year-old itinerant jazz pianist who … END_OF_DOCUMENT_TOKEN_TO_BE_REPLACED

Perhaps you noticed that our JazzTimes 10 from the Swing Era was missing a crucial component. That wasn’t an accident: Count Basie is too important … END_OF_DOCUMENT_TOKEN_TO_BE_REPLACED