Various Artists: The East Village Other (1966) 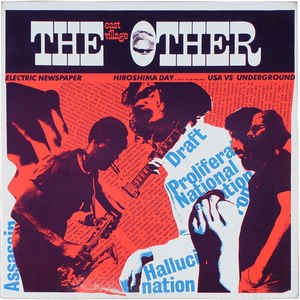 Not technically a jazz album, though it briefly features saxophonist Marion Brown, this is a must-hear in the ESP canon. Billed as an “electric” version of the New York underground newspaper, it features broadcasts of presidential daughter Luci Baines Johnson’s 1966 wedding superimposed over improvisations by Brown and the Velvet Underground, chanting by poet Allen Ginsberg, and a song by the Fugs’ Tuli Kupferberg commemorating Hiroshima Day (which fell on the same day as Johnson’s nuptials).

In line with many resourceful jazz practitioners, Gilad Hekselman responded to the enforced isolation of the COVID-19 pandemic with a turning-lemons-to-lemonade attitude that ultimately eventuated … END_OF_DOCUMENT_TOKEN_TO_BE_REPLACED

It was the 1950s. Bebop had established itself as the new paradigm of jazz, but its newest popular variant, “cool jazz” or “West Coast jazz,” … END_OF_DOCUMENT_TOKEN_TO_BE_REPLACED

Session players have always been my thing. Not to take away from the singers or bandleaders or what have you, but I’m more interested in … END_OF_DOCUMENT_TOKEN_TO_BE_REPLACED

Walter Smith III has been burning the candle at both ends. As he connected with JazzTimes via Zoom from a New York City hotel room … END_OF_DOCUMENT_TOKEN_TO_BE_REPLACED