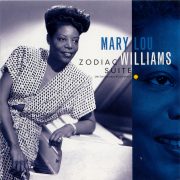 Zodiac Suite (Asch, 1945; reissued by Smithsonian Folkways, 1995)
Williams’ masterpiece is both an impressionistic representation of the signs of the zodiac and a striking series of portraits of her musical colleagues. The song cycle, which still sounds utterly modern today, is brilliantly cohesive despite its diverse range of moods and styles. Though never fully realized in the way its composer envisioned, the Zodiac Suite has continued to reveal its riches through reinterpretations by Geri Allen and Chris Pattishall as well as symphonic expansions. 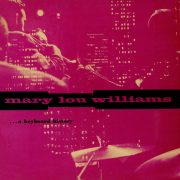 A Keyboard History (Jazztone, 1955)
A lovely summation of the first part of Williams’ career, A Keyboard History dips into everything from stride to bop in a set of relaxed, intimate solo and trio tunes. The songs capture the mix of the sprightly and serious that so enlivened the pianist’s approach, with tracks like “Fandangle” and “Roll ’Em” spotlighting her dancing left hand and agile way with melody. 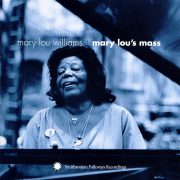 Mary Lou’s Mass (Mary, 1975; reissued by Smithsonian Folkways, 2005)
After converting to Catholicism, Williams devoted herself to composing religious music. But as with Alice Coltrane later, reverence was never allowed to eclipse originality. Mary Lou’s Mass, like so much of Williams’ work, encompasses the totality of her influences while tapping into modern developments. The influence of gospel and spirituals is inevitable, and her blues roots are always present, but the Mass also mines contemporary soul, rock, and funk trends, in part perhaps under the influence of collaborator Alvin Ailey. 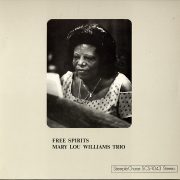 Free Spirits (SteepleChase, 1976)
The most remarkable aspect of Williams is her ability to make herself at home in any setting; there simply is no shallow end in her pool of knowledge. Capturing a top-notch trio with bassist Buster Williams and Mickey Roker, Free Spirits never sounds out of step with its times or like an older musician struggling to keep pace with younger counterparts. Williams is clearly conversant with the changing tides of the day and embraces modernity’s sharp edges to compelling ends. 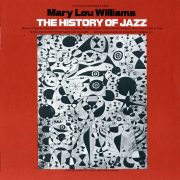 Mary Lou Williams: Mother of Us All

Chronology: Mary Lou Williams and the Spirits of ’76

Ever since I was in the 7th grade, I have had a passion for jazz. I have always listened to and enjoyed a wide variety … END_OF_DOCUMENT_TOKEN_TO_BE_REPLACED

“My overall goal is trying to figure out how to connect the languages of jazz and classical to make an interesting and engaging performance, and … END_OF_DOCUMENT_TOKEN_TO_BE_REPLACED

We calculated our top 40 new releases of 2022 based on year-end lists by our writers. They were asked to choose the 10 best new … END_OF_DOCUMENT_TOKEN_TO_BE_REPLACED

We calculated our top 10 historical/reissue recordings of 2022 based on year-end lists by our writers. They were asked to choose the five best historical … END_OF_DOCUMENT_TOKEN_TO_BE_REPLACED