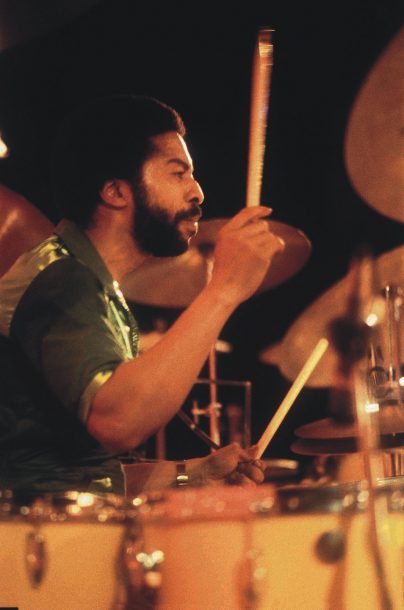 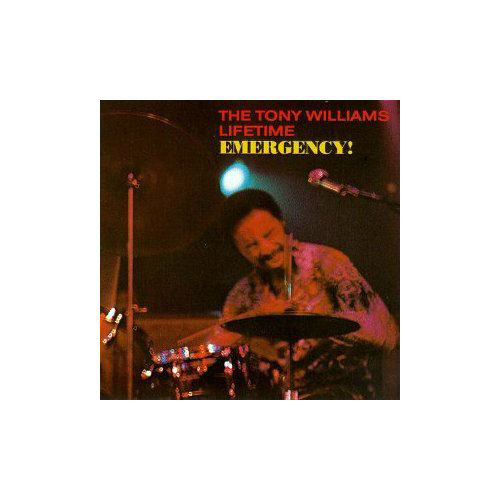 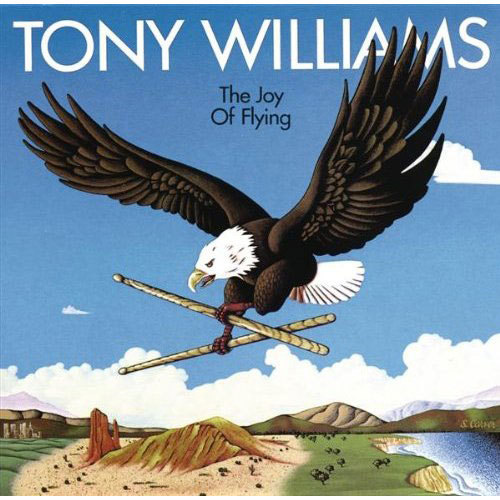 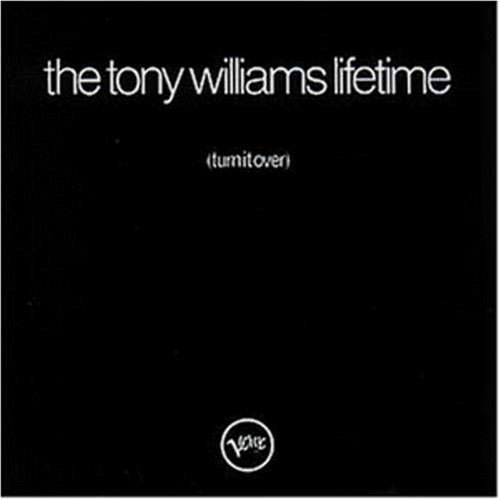 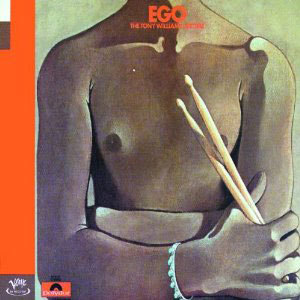 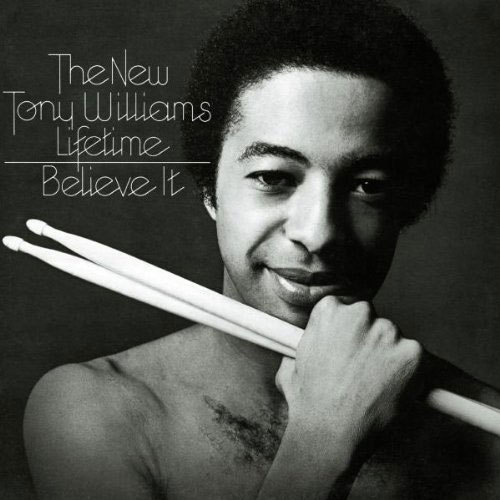 In the years prior to Emergency! ‘s release, Gary Burton and Miles Davis, among others, made their own overtures to infusing rock into jazz. But Lifetime’s debut was the first jazz album to fully embrace the rock revolution’s electric shock therapy. Emergency! is Williams’ only record featuring the classic Lifetime trio, with Larry Young on organ and John McLaughlin on guitar. On a couple tracks, Williams offers some soul-searching vocals. The clanging, virulently swinging title track opens the record in a 10-minute-long cloud of purple haze, and Emergency! is a kinetic joyride all the way through to its last song, “Something Special.”

Tracks covered on Spectrum Road: “Where” and “Vashkar”

THE TONY WILLIAMS LIFETIME
Turn It Over (Polydor, 1970)

On Turn It Over, Lifetime ramped up the energy level with the addition of Jack Bruce, the great rock bassist and former Cream frontman. Bruce forced Williams’ hand, tugging him into a strident percussiveness, while McLaughlin drove his tin-can distortion into more Hendrix-esque terrain. Turn It Over is a high-contrast hallucinogen, a tempestuous marriage of hard rock and postbop.

Tracks covered on Spectrum Road: “Vuelta Abajo,” “One Word” and “Allah Be Praised”

By the time Lifetime recorded Ego, John McLaughlin had already left for Miles Davis’ band, and Larry Young and Jack Bruce were on their way out. (Ron Carter plays bass on this record; Bruce only sings.) But Williams was a master at harnessing the tides of change; with Ted Dunbar in the guitar chair, Ego boasts a buoyant, slow-burning grace that was new to Lifetime, especially on “Circa 45,” “Mom and Dad” and the 5/4 drifter “There Comes a Time.” (The last features a set of beguiling, motivic lyrics: “There comes a time when you’re careful/There comes a time when you’re doubtful/I love you more when you’re spiteful.”) Not to be overlooked are the album’s three percussion-only showcases, “Clap City,” “Piskow’s Filigree” and “Some Hip Drum Shit.”

Track covered on Spectrum Road: “There Comes a Time”

Williams held onto the original Lifetime moniker for one more album after Ego (1972’s The Old Bum’s Rush), although the band’s entire lineup had turned over-and its sound had followed suit. In 1975, the drummer acknowledged a fresh start by renaming his group The New Tony Williams Lifetime. Believe It, like Bum’s Rush, coasts in the unclaimed, copasetic waters just off the shores of jazz, funk and disco. It’s more indebted to Bob James, Grover Washington Jr. and the Bee Gees than to Jimi Hendrix or Miles Davis. Only the rollicking “Red Alert” has the driving force and defiance of early Lifetime.

The last of Tony Williams’ fusion albums, The Joy of Flying was the drummer’s first since the mid-’60s without some form of the Lifetime name attached to his band. It’s a far-flung effort with a large cast of collaborators, including George Benson, the Brecker Brothers and Stanley Clarke. Much of it falls between bombastic electro-rock and sickly sweet funk grooves, but there are moments of delight. “Morgan’s Motion,” a volatile duet between Williams and Cecil Taylor, soars in from left field to close the album. At the end of Williams’ time as a jazz-rock fusioneer, the track is an invigorating, full-circle return to his roots in adventurous acoustic jazz, and a sign that no matter where he would go in the years ahead, he would not stop morphing and inspiring.

Ever since I was in the 7th grade, I have had a passion for jazz. I have always listened to and enjoyed a wide variety … END_OF_DOCUMENT_TOKEN_TO_BE_REPLACED

“My overall goal is trying to figure out how to connect the languages of jazz and classical to make an interesting and engaging performance, and … END_OF_DOCUMENT_TOKEN_TO_BE_REPLACED

We calculated our top 40 new releases of 2022 based on year-end lists by our writers. They were asked to choose the 10 best new … END_OF_DOCUMENT_TOKEN_TO_BE_REPLACED

We calculated our top 10 historical/reissue recordings of 2022 based on year-end lists by our writers. They were asked to choose the five best historical … END_OF_DOCUMENT_TOKEN_TO_BE_REPLACED