In spite of the circumstances that have befallen the globe in 2020, I am thankful for this moment as I sit to reflect on God’s enduring mercy and to celebrate JazzTimes in its 50th year of existence. As I am also celebrating my own 50th year, I was excited to receive an invitation from JazzTimes’ editor Mac Randall to contribute a playlist of songs from our birth year, 1970.

The founder of JazzTimes, Ira Sabin, passed away at the age of 90 on September 12, 2018. I wish I had gotten to know him personally—and not only because he was a drummer. After reading an article about Mr. Sabin, I realized that a pivotal event had occurred in both his and my life at the age of 14, although 43 years apart. These events were connected by one of the all-time great fathers of bebop invention, Dizzy Gillespie. At some point in 1942, Mr. Sabin was taken on a trip to New York, where he was dropped off at the Onyx on 52nd Street and heard Dizzy and Charlie Parker. As for me, my first jazz concert was hearing Dizzy at the Strand Theatre in Shreveport, Louisiana in 1985. Maybe it doesn’t really matter, but for me, this was an affirmation that in and outside of time, we are all connected beyond what our portions of knowledge can fathom.

While assembling this playlist, I was reminded of several folklorists and literary heroes that have inspired me with their work over the years: James Baldwin, Samuel and Ann Charters, Moses Asch, Alan Lomax, and lastly, the biggest thank-you possible to a former disc jockey at WWOZ New Orleans, Louise “Blue Lou” Wehner, for giving me the best mix tape ever made.

I cannot begin to write about the significance of Joni Mitchell and who she is and what she means to me. The heroine of the story. The one and only. There is a bittersweet set of circumstances that brought on this masterpiece, but nevertheless, it is an anthem for a generation at its zenith and as it fades away. She puts it perfectly: We are stardust/We are golden/And we’ve got to get ourselves/Back to the garden.

Ahmad Jamal is an absolute master of space, groove, song structure, and interpretation. The balance of his brilliance is unparalleled, and at the fulcrum rests his total command of the instrument to execute whatever he might imagine and the sensitivity to know how that ability will best serve the journey. Since the ’50s with Israel Crosby and Vernel Fournier and into the late ’60s and ’70s with Jamil Nasser and Frank Gant, Mr. Jamal’s piano-trio conception has shown us the way with grace and economy of power.

Minnie Riperton was a member of the psych-soul-rock band Rotary Connection, which recorded six albums between 1967 and 1971 on the Cadet Concept label. Those recordings were produced and arranged by the great Charles Stepney, as was Ms. Riperton’s first solo masterwork, Come to My Garden. Unfortunately, she passed away much too young at the age of 31, but her voice and this recording shall live on inside the deepest part of us where we still feel and love and exist. Oh, by the way: Sometime between 1969 and 1970, the drummer on this album, Maurice White, founded Earth, Wind & Fire. 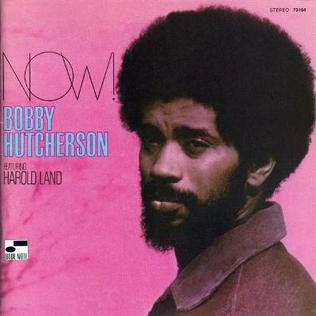 Fifty years later, this album remains a totally deep listening experience, from beginning to end. Bobby Hutcherson, Harold Land, Joe Chambers, Stanley Cowell, Herbie Lewis, Wally Richardson, Kenny Barron, Candido, and lyricist/vocalist Gene McDaniels catch the spiral falling upward, out of 1969 and into 1970. The title selection is a timeless ballad composed by Bobby in dedication to bassist Albert Stinson, who passed away on June 2, 1969. I’m not sure if Bobby and Albert made music together in Pasadena, California while in their teens, but they both graduated from John Muir High School (in 1958 and 1962, respectively), and Albert is the bassist on Bobby’s 1967 album Oblique.

The Burke family from Chicago, known as the First Family of Soul, gave us this timeless anthem of hope and consolation. Please try to find their live performance of this song on The Barbara McNair Show from April 4, 1971. They are on fire! Anyway, I’ve never heard a family band that I didn’t like, regardless of whether all the members or only two are bound by blood: the Staple Singers, the Carter Family, the Dixie Cups, the Ronettes, the Shangri-Las, the Everly Brothers, the Isley Brothers, the Neville Brothers, the Jacksons, the Dillards, the Edwin and Walter Hawkins Family, the Bee Gees, the Beach Boys, Van Halen, AC/DC, the Corrs, Santo and Johnny, Heart, the Allman Brothers, and Sly and the Family Stone, to name a few.

This album was recorded in 1965 and released three years after Coltrane’s death in 1967. It is a must-have power source on the path to where his vision was taking him and the music. This is the quartet with McCoy Tyner, Elvin Jones, and Jimmy Garrison, and the answer is YES.

Laura Nyro
“Christmas in My Soul”
Christmas and the Beads of Sweat (Columbia, 1970)

I put this record on the other day and after I stopped weeping over how good it is, I had to send a message to my friend Billy Childs because I knew he would understand. Laura Nyro sang and played with a dynamic courage, unflinching honesty, overflowing joy, and unrestrained emotional power that stands like a beautiful monolithic tower wearing a black dress and no nonsense. Thank you, Laura.

The Carpenters
“We’ve Only Just Begun” by Paul Williams and Roger Nichols
Close to You (A&M, 1970)

Every time I hear Karen Carpenter, my heart opens wide and I feel the Lord sending a loving touch into this world through her and her gifts.

Stevie Wonder
“We Can Work It Out” by John Lennon and Paul McCartney
Signed, Sealed & Delivered (Tamla, 1970)

I was so excited when I realized that with this song choice, I was winning a twofer, so to speak. The Beatles released “We Can Work It Out” as a single with “Day Tripper” in 1965, and Stevie Wonder delivers the most soulful, funk-infused, harmonically beautiful, and deep rendition that makes it his own. Stay gold, Stevie, STAY GOLD.

In 1983, one of the masters of photography, Roy DeCarava, had an exhibition at the Studio Museum in Harlem. A catalog of those images was published, which Mr. DeCarava called The Sound I Saw. This title is exactly how I would describe hearing Jimi Hendrix play guitar. His sound brings forth an image that moves in your mind. On this live recording from the Fillmore East on New Year’s Eve 1969, with penetrating feedback and perfectly dissonant harmony rushing out of the speakers, Jimi places the listener on the frontlines of Vietnam. The war would rage on for another five years and the country would become more and more divided. Nevertheless, along with the rock-steady pocket of Buddy Miles and the boots-on-the-ground bass playing of Billy Cox, Jimi is soaring. I think “Machine Gun” is one of the greatest examples of improvisation to be found. Midnight comes and we say welcome and farewell.

Ever since I was in the 7th grade, I have had a passion for jazz. I have always listened to and enjoyed a wide variety … END_OF_DOCUMENT_TOKEN_TO_BE_REPLACED

“My overall goal is trying to figure out how to connect the languages of jazz and classical to make an interesting and engaging performance, and … END_OF_DOCUMENT_TOKEN_TO_BE_REPLACED

We calculated our top 40 new releases of 2022 based on year-end lists by our writers. They were asked to choose the 10 best new … END_OF_DOCUMENT_TOKEN_TO_BE_REPLACED

We calculated our top 10 historical/reissue recordings of 2022 based on year-end lists by our writers. They were asked to choose the five best historical … END_OF_DOCUMENT_TOKEN_TO_BE_REPLACED